The past few years have witnessed sluggish primary market activity and few startups and mid-size companies have taken effective steps towards going public. In this environment, one of the typical exit strategies that assumes importance as a feasible exit option remains the put/call option.

The Securities and Exchange Board of India (SEBI) has historically objected to options as contravening the Securities Contracts (Regulation) Act, 1956 (SCRA), which permitted only spot delivery contracts. Initially, through a notification dated 27 June 1961, the government exempted specified contracts for pre-emption or similar rights contained in the promotion or collaboration agreements or in the articles of association of limited companies. Although options were not specifically mentioned, they could be implied to be similar to “pre-emption”. However, via a notification dated 27 June 1969, the government under section 16 of the SCRA prohibited all kinds of contracts except spot delivery contracts or contracts for cash or hand delivery or special delivery in any security under the SCRA. An amendment to the SCRA in 2000 provided that a derivative contract would be invalid if it was settled outside of a stock exchange.

SEBI prohibited the use of call/put options in the agreements for the Cairn and Vedanta merger and the Diageo and United Spirits merger. Further, in the informal guidance dated 23 May 2011 issued to Vulcan Engineers Limited, SEBI specified that an option contract would not meet the criteria of a spot delivery contract under section 2 of the SCRA and would also not be considered as a valid derivative contract under section 18A of the SCRA.

Rajesh Begur is the managing partner of ARA LAW, a ﬁrst-generation law ﬁrm with ofﬁces in Mumbai and Bengaluru. Prashaant Rajput is a senior associate at the ﬁrm. 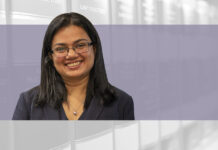 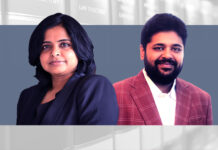