The new Patent Law and the new Copyright Law, implemented on 1 June 2021, both provide for punitive damages. Article 1185 of the Civil Code likewise provides that “where the intellectual property rights of another are wilfully infringed and the circumstances thereof are serious, the injured party shall have the right to request the attendant punitive damages”.

In March 2021, the Supreme People’s Court (SPC) issued judicial interpretations concerning the application of punitive damages in the trial of civil cases involving the infringement of IP rights, which set out specific provisions on the scope of application of punitive damages in the content and timing of the requests, the determination of wilfulness and aggravated circumstances, and the determination of the calculation basis and multiple, time of entry into effect, etc. China now has a relatively comprehensive and sound punitive damages system in the IP field.

Punitive damages, as an aggravated punishment for infringers, places stricter requirements on culpability for the infringement and should only be applied to wilful infringement. As “subjective wilfulness” is a state of mind, it must be expressed through certain acts of the infringer, and the determination of whether it was wilful arrived at through an analysis of that behaviour.

From past court judgments in which punitive damages were determined it can be seen that there are a number of circumstances under which the courts have found wilfulness to be tenable. In the trademark infringement case, Changjiang Grinding Wheel Factory v Tianyu Hardware and Grinder Company, heard by the Jiangsu Provincial Higher People’s Court, the defendant did not use the trademark in question after executing the co-operation agreement, but committed a series of acts that materially infringed the rights and interests in the trademark in question.

In the trade secrets infringement case of Chongqing Manniu Industrial and Commercial Consulting v Tan Qing, Chongqing Yilian Jinhui Enterprise Management and Consultancy, decided by the Fifth Intermediate People’s Court of Chongqing municipality, as the defendant dealt in the plaintiff’s trade secrets, making a profit through the illegal transactions, the court directly found, in light of such acts, that the defendant acted wilfully.

The relatively typical circumstances that the SPC has come up with in its judicial interpretations include:

. The defendant continuing the infringement after notification or warning by the plaintiff, or a materially interested party;

. An employment, service, co-operative, licensing, distribution, agency, representative or other such relationship existing between the defendant and the plaintiff or a materially interested party, and the defendant having had access to the infringed intellectual property;

. There having been business dealings or negotiations on reaching a contract between the defendant and the plaintiff or a materially interested party, and the defendant having had access to the infringed IP; and

.The defendant having committed such acts as pirating or passing-off of registered trademarks.

For punitive damages to be applied, an additional determination as to whether the circumstances of the infringement were serious has to be made, as the Civil Code and each individual IP law specify the “circumstances are serious” as an objective element for the application of punitive damages.

When determining whether the circumstances of an infringement of IP are serious, such factors as the means and number of instances of infringement, the duration, geographical scope, scale and consequences of the infringing act, the conduct of the infringer during the legal action, etc., need to be comprehensively taken into account. Pursuant to the judicial interpretations of the Supreme People’s Court, the following circumstances may be found to be “serious”:

. Committing the same or a similar infringing act again after having received administrative penalties for infringement, or being ordered by a court to bear liability;

. Engaging in the infringement of IP as a business;

. Refusing to perform a preservation ruling;

. Making a large profit from the infringement, or causing the rights holder to incur a large loss; and

Accordingly, a holder of IP rights should actively prepare and gather relevant evidence around the above-mentioned legal provisions, to be able to request the application of punitive damages.

China has now established a clear and explicit system of punitive damages relating to IP and the number of cases in which punitive damages are applied to punish serious instances of infringement of IP in judicial practice are increasing, demonstrating the courts’ resolve to comprehensively strengthen judicial protection of IP. 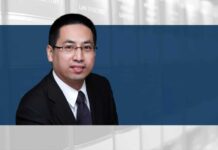 Application of the foreseeability principle in patent infringement litigation 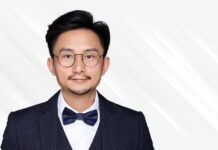 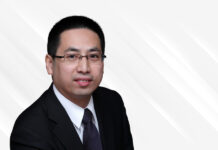