A man’s home is supposed to be his castle, but in reality owning a home remains a chimera notwithstanding introduction of the Real Estate (Regulation and Development) Act, 2016. The Supreme Court in Fortune Infrastructure & Anr v Trevor D’lima & Ors recently laid down principles for awarding compensation to flat purchasers against defaulting developers. The case fell under the Consumer Protection Act, 1986, which operates to protect consumers against deficient service including delays and non-performance by real estate developers.

The case before the Supreme Court was an appeal by Fortune from a decision of the National Consumer Disputes Redressal Commission (NCDRC) in favour of D’lima, the flat purchaser. Since booking the flat along with a parking space in a redevelopment project in 2011, D’lima had paid almost the entire purchase price to Fortune, the developer. However, the project did not go ahead. Fortune claimed that it could not be compelled to complete construction and hand over the flat to D’lima as it had assigned the project to a third party. D’lima claimed before the NCDRC delivery of the flat he had booked, or a flat of similar specifications in the same locality, and compensation for inconvenience on account of delay, etc.

Fortune offered other flats to D’lima but these were unsuitable. The NCDRC therefore ordered Fortune to refund the purchase price and pay compensation to D’lima based on the cost of similar flats in the locality.

The Supreme Court concurred with the NCDRC that Fortune had been deficient in the services rendered because it had transferred its obligation of redevelopment to a third party without the consent of the flat purchasers, and had failed to deliver the flat for more than three years. The Supreme Court noted that although the agreement did not stipulate the time within which it had to deliver the flat to D’lima and time was not of the essence in contracts relating to real estate, the developer was obliged to perform the contract within a reasonable time, which Fortune had failed to do. Fortune was held to have acted in bad faith and liable to pay damages.

As regards the quantum of damages, the court noted that in Ghaziabad Development Authority v Balbir Singh (2004), it had cautioned that compensation cannot be determined on a uniform basis. Allowances must be made for the facts and circumstances of each case. In instances where possession was delayed only damages would be awarded but in cases where delivery of the flat was impossible, refund of the purchase price along with award of damages was proper.

For delayed handing over of possession the loss of rental income that could have been earned if timely possession had been given – or, if the buyer had to stay in rented premises because of the delay, the rent paid for the delay period – would be proper as damages.

Where delivery of the flat was not possible, the quantum of damages would be higher. In such cases, apart from refund of the purchase price, the purchaser had to be compensated for the loss of increase in the value of the property during the period of delay.

Whatever the situation, damages have to be compensatory. The compensation should put the aggrieved purchaser in the position they would have been in had the developer not defaulted. Applying this principle, the court found that the NCDRC was in error. It had calculated damages on the basis of “minimum available market price” per square foot for greenfield projects. According to the court, the price of flats in new development projects and in redevelopment projects differed. The NCDRC had failed to note that the flat was in a redevelopment project and consequently the damages would have to be less than if the flat had been in a new development project. By so failing, the NCDRC surpassed the actual-loss-based damages and entered the domain of gain-based remedy, which was impermissible on the facts of the case.

Karthik Somasundram is a partner and Sneha Jaisingh is a managing associate at Bharucha & Partners. 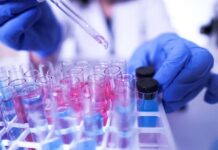 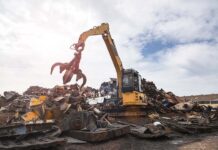 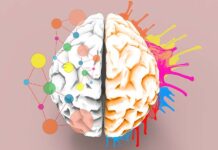 SPACS have generated tremendous interest in India, but they are not always a practical alternative to IPOs
How to navigate the government’s current guidelines for setting up a vaccination facility for employees
The improper use of trademark symbols in overseas markets can cause headaches for in-house lawyers writes Shreekanth Katti

What lawyers are doing to provide covid relief – and how you can help
Can third-party financing tip the scales for litigation?
The definitive A-List of the country’s legal profession
Please send any press releases, deal announcements, details of new hires, newsletters and any other news items to: news@law.asia