The Supreme Court recently held that where parties enter into a contract knowing the role, authority or power of an individual in relation to a contract but nevertheless accept that person as an arbitrator to adjudicate disputes between the parties, they stand bound by the contract unless a good or valid legal ground is made out for the arbitrator’s exclusion.

Dismissing an appeal against an order upholding an arbitration award in Ladli Construction Co (P) Ltd v Punjab Police Housing Corporation, the court held that there was “no justifiable circumstance on record that enables the contractor to escape from the bargain that it made under the contract and have the disputes resolved through the process other than agreed”. 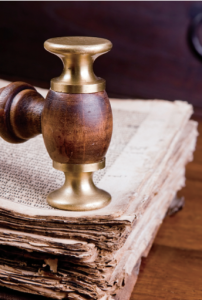 Ladli was a contractor on a housing project, but its contract was rescinded in 1991. An arbitration that followed – conducted by the chief engineer of the Punjab Police Housing Corporation – went against Ladli, which subsequently moved Punjab and Haryana High Court, without success.

On appeal to the Supreme Court, Ladli argued that it had a reasonable apprehension of bias as the contract was cancelled by the executive engineer at the behest of the chief engineer of the corporation, who was subsequently the arbitrator.

The Supreme Court rejected this argument, stating that “the test of reasonable apprehension of bias in the mind of a reasonable man” had not been satisfied. The court pointed out that the contractor had moved the trial court for appointment of the chief engineer as arbitrator and then chosen not to appear before him. In addition “no materials, much less cogent materials, have been placed by the contractor to show bias of the arbitrator”.