In Dakshin Shelters Ltd v Geeta Johari, the Supreme Court ruled that a party can approach a court for appointment of an arbitrator under the Arbitration and Conciliation Act, 1996, if the opposing party fails to appoint an arbitrator according to their agreement. 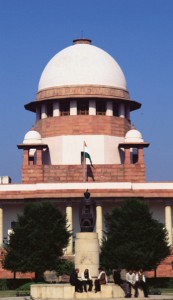 Disputes arose between Dakshin Shelters and Johari after they had signed a development agreement in 2006. Invoking the arbitration clause in the agreement in December 2010, Johari nominated a former judge of Andhra Pradesh High Court as her arbitrator and called on Dakshin to nominate its arbitrator.

Dakshin objected to this request stating that as the development agreement had been cancelled by Johari, there were no disputes to be resolved by the arbitrator. This prompted Johari to file an application before Andhra Pradesh High Court for appointment of arbitrator.

The court passed an order appointing an arbitrator in September 2011. Appealing against this order before the Supreme Court, Dakshin argued that the court ought to have given it an opportunity to nominate an arbitrator.

Dismissing the appeal, the Supreme Court stated that Dakshin ceased to have any right to appoint an arbitrator – in terms of the arbitration clause in the development agreement – once it had failed to take the opportunity given to it to do so in December 2010.