Before the trial of NKE, the Corruption Court put NKE’s former president and director, Dudung Purwadi, on trial for taking part in corruption in two government construction projects in which the bidding processes were engineered to ensure NKE won the projects.

The scheme involved payment of success fees to a public official who acted as an intermediary between NKE and the project owners. On 27 November 2017, the court found Purwadi guilty of corruption and sentenced him to four years and eight months in prison, and fined him IDR250 million (HK$18,000). In the same decision, the court also ordered NKE to pay restitution in the amount of IDR14.48 billion and IDR33.42 billion for corruption involving the two projects (the Jakarta High Court later changed the latter to IDR 36.87 billion in its decision dated 12 February 2018).

On 3 January 2019, the Corruption Court declared NKE guilty of corruption in a total of eight government construction projects, including the two projects examined under the Purwadi case.

The Anti-Corruption Law stipulates that the principal penalty to be imposed on corporations that are proven to be guilty of corruption is a fine. Additional penalties include confiscation of assets, obligation to pay restitution, full or partial closure of business, or revocation of rights. In the NKE case, the Corruption Court imposed a fine of IDR700 million, restitution of IDR85.49 billion and revocation of the right to participate in tenders held by the government for six months.

The court found that NKE had gained IDR24.77 billion and IDR42.71 billion in profit from the projects. The court then deducted from these amounts the success fees paid to the public official, which resulted in the amounts of IDR14.48 billion and IDR36.87 billion for restitution owed to the state.

In NKE’s own trial, the court adopted the same approach of appropriating NKE’s profits as restitution to the state, this time by making clear reference to article 18(1)(b) of the Anti-Corruption Law and Supreme Court Regulation No. 5 of 2014 on Additional Penalty of Compensation in Corruption Crimes. These provisions stipulate that the maximum amount of compensation that can be imposed as additional penalty is equal to the total amount of assets gained from the corruption.

The court found that NKE had gained profits in the amount of IDR240 billion from eight government construction projects (including the two projects examined in the Purwadi case) won by NKE as a result of the corruption scheme.

The court further stated that the appropriation of all of NKE’s profit is intended to have a deterrent effect on the company. The court also implied that it is sending a message that corruption can leave companies penniless.

The successful implementation of corporate criminal liability in the NKE case paves the way for subsequent indictments and sentencing of corporations for criminal actions. In 2018 alone, KPK named four corporations as suspects in a number of corruption cases, which include a state-owned entity.

The indictment of NKE also indicates that regulation No. 13 will be consistently enforced in future investigations of corporations in criminal matters. One of the criteria against which the court can assess the liability of a corporation under regulation No. 13 is whether the corporation takes the necessary steps to prevent or mitigate adverse effects and ensure compliance with the law to prevent a crime. The NKE indictment makes it all the more important for corporations in Indonesia to have rigid and strict internal compliance policies to ensure the enforcement of these policies. 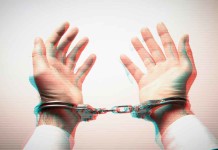 Nation steps up its game in renewable energy, but stringent regulation remains
The definitive list of the country’s leading private practice lawyers
Find out which are the best law firms in the country