The Cinematograph Act, 1952 (act), was introduced to certify cinematograph films for exhibition and to regulate such exhibition. However, the legislation is long overdue for an overhaul. To have a law that acknowledges new and emerging technologies and to combat the menace of film piracy, the Cinematograph (Amendment) Bill, 2019, was introduced in parliament. After the Standing Committee on Information Technology reported on it, the Ministry of Information and Broadcasting (MIB) introduced the revised Cinematograph (Amendment) Bill, 2021 (bill), and invited public comments on it.

The bill introduces further categories for the certification of films in the U/A category in addition to the current categories of:

The bill proposes adding sub-divisions in the U/A category for children over 7 years, 13 years and 16 years respectively. Such additional categories would be similar to the certification categories that apply in countries such as the US and the UK. The bill also proposes giving the government power to amend these categories.

Under the act, film certificates were valid for 10 years. However, such a provision has already been done away with by way of executive orders. The bill proposes to formally delete it.

Another part of the proposed law that is controversial is the government’s revisionary power. Under the act, the government is empowered to reverse the decision of the Central Board of Film Certification. However, the High Court of Karnataka in Union of India v KM Shankarappa held that the government cannot exercise the revising power in respect of films that have already been certified by the board. The judgment was upheld by the Supreme Court. In the light of this decision, amendments have been proposed to limit the government’s power of intervention. The bill allows the government to direct that the certificate be re-examined if the film is against the interests of the sovereignty, integrity or security of the country or friendly relations with foreign states, public order, decency or morality, involves defamation or contempt of court or is likely to incite the commission of any offence. These factors follow those set out in article 19(2) of the constitution. The re-examination and any recertification of a film would justify imposing reasonable restrictions on the freedom of expression as provided under article 19(2).

In a long-awaited move, the bill proposes to penalise film piracy. The provision which penalises unauthorised recording of films states that no person shall, without the written authorisation of the author of a cinematographic work, “be permitted to use any audio-visual recording device in a place to knowingly make or transmit or attempt to make or transmit or abet the making or transmission of a copy of a film or a part thereof”. The offence will be punishable with imprisonment for a minimum period of three months and a maximum of three years, or a fine of not less than INR300,000 (USD4,000), but which may be increased to 5% of the audited gross production costs, or both.

However, there has been vocal criticism of the proposed amendments from filmmakers, academics and researchers, as it is feared these revisionary powers may give the government excessive control over the cinema industry and curtail freedom of expression. It may also delay the certification and release of films. In an open letter, signed by over 3,000 filmmakers including notable industry names, the film industry commented that the proposed government powers must be deleted in the spirit of the democratic separation of powers in India. It also commented that exceptions should be made to the anti-film piracy provisions to allow for legitimate copying in such areas as fair use and derivative works. Well-thought out systemic solutions are needed to combat piracy.

Responding to the criticisms, the MIB consulted the film industry in Mumbai and in Chennai, and stated, without giving details, that the issues over the bill would be addressed. It remains to be seen what actual changes will be introduced by the ministry after these consultations.

Manisha Singh is a partner and Aarushi Mishra is an associate at LexOrbis. 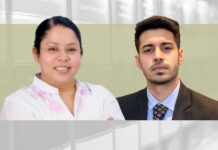 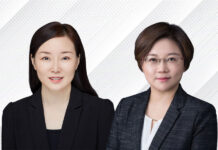 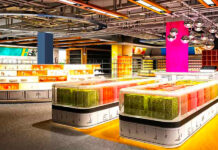