As the “One Belt One Road” policy became a national regime, 2015 witnessed a trend of increasing outbound mergers and acquisitions (M&As). There were more than 300 outbound M&As among listed companies in China in 2015, with a total volume of more than RMB900 billion (US$137.7 billion). We have seen an even faster pace occurring with M&As this year.

Information disclosure: According to the Administrative Measures for the Material Assets Reorganization of Listed Companies, Administrative Measures for the Takeover of Listed Companies, compliance rules for listing on stock exchanges, and the memorandum for disclosure of information, listed companies in pursuit of outbound M&As need to fulfil their responsibilities in disclosing information as required by the China Securities Regulatory Commission (CSRC) and the stock exchanges. When the outbound target being acquired or merged by the listed company has a size that reaches the threshold standard of large-scale asset restructuring, or when the acquisition of assets is done through private placement, the requirements for disclosing information are even stricter.

When listed companies are researching, planning and making decisions on material asset reorganization, in the case where the initial actual intention has been achieved by all parties, or when actual intentions cannot be reached but confidentiality of the relevant information is highly unlikely, a suspension of listing should be applied for and obtained from the stock exchanges. During suspension, listed companies need to publicly announce the relevant progress of the transaction every five trading days. They are also required to comply with requirements of the CSRC and the stock exchanges in eventually publicizing relevant trading documents.

According to the Relevant Provisions of the Administrative Measures for Approval and Record-filing of Overseas Investment Projects, published by the National Development and Reform Commission (NDRC), the NDRC executes approval and record filing schemes, respectively, when faced with different outbound M&A transactions. The NDRC has modified its regulatory measures from mainly approval to mainly record-filing; it has also significantly dropped its rights in approvals. According to the Administrative Measures for Outbound Investment, published by the Ministry of Commerce (MOFCOM), the ministry executes the approval and record-filing of outbound investments, and this process has been further simplified.

When the domestic acquirer of the listed body performs outbound M&As, it is required to go through approvals with regard to antitrust, regulatory measures of state assets, entry of barriers, etc. If an outbound deal by a listed company involves the acquisition of assets through listed shares or a backdoor listing, examination and approval by the Merger and Reorganization Examination Committee is required.

Direct acquisition. To acquire the outbound target company with cash is the most direct means of acquisition. Acquisitions by cash need only go through the normal domestic and foreign approval process, and it is not necessary to obtain approval regarding the relevant reorganization by the CSRC reorganization committee. This significantly saves time and costs of transaction, and the chances of success for the transaction are greatest. This kind of transaction is very common.

Acquisition of major shareholders or buyout fund acquisitions. This process of outbound M&A transaction is rather complicated: the listed company needs to hire domestic and foreign agents to perform legal, financial and operational due diligence on the assets of the target companies. All the parties need to submit their transaction schemes and complete all administrative approvals for domestic and foreign administrative departments. If the process involves large-scale asset reorganization, parties need to publicize transaction schemes in time during suspension.

Listed companies making outbound investments now face the above-mentioned strict requirements in disclosing information. They also need to obtain approvals from both domestic and foreign administrative departments, and deal with issues such as which transaction schemes should be adopted. As the target assets are located outside national borders, relevant domestic and foreign laws and compliances have to be fulfilled, making regulatory compliance even stricter. Therefore, when listed companies plan outbound acquisitions, they need to grab opportunities at the right time and be prepared to work on the mitigation of legal risks involved in the transaction. 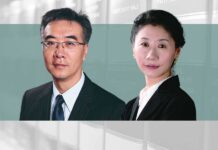 Compliance and liability for violations of Export Control Law 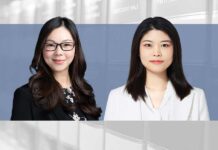