Passed by the Union Cabinet, the Companies Bill, 2008, has attracted substantial attention on account of its innovative changes to the mammoth Companies Act of 1956, aiming to provide a less cumbersome corporate regime in India. Most of the proposed provisions have been drafted with the intent to shift from regulatory control to greater functional freedom, but with a higher degree of accountability.

The bill seeks to “enable the corporate sector in India to operate in a regulatory environment of best international practices so that entrepreneurship, investment and growth are encouraged”. The good news is that when the bill finally becomes law, it will reduce the existing provisions by almost half, eliminating clauses that are now redundant in the current business regime. Key features of the bill’s impact on corporate governance are discussed below.

In an effort to bring greater professionalism to the board level, while also moving away from the shackles of traditionally run, family controlled boards; the bill stipulates that 33% of the directors of an unlisted company’s board should be independent (i.e. possess specified attributes of independence) which is lower than the 50% prescribed for listed companies by the Securities and Exchange Board of India.

However, if the board successfully inducts an independent directorship of 33%, allowing real autonomy, this by itself should bring about a sea change in governance.

The bill also outlines the duties and liabilities of the directors and mandates every company to have at least one director residing in India. Once implemented, this may prove to be operationally burdensome for companies where members of the entire board live overseas.

Another cumbersome provision is the requirement to conduct at least four board meetings per year, and one per quarter. For companies where foreign directors are involved, travelling to India on a quarterly basis for the purpose of attending a board meeting is expensive and not pragmatic. Of course, Indian law provides for the appointment of alternate directors, however, these directors do not really make business decisions.

The proposed legislation also enables board meetings via video conferencing, which will greatly assist in holding such meetings with the “presence” of the original directors. The bill also recognizes votes cast through e-mail.

The bill allows for greater operational freedom in terms of the flexibility it affords to ownership structures. Foreign investors wanting to form “wholly owned” subsidiaries fail to understand how they can do that when Indian law requires a minimum of two shareholders for a private limited company.

The bill now envisages one-person companies with a simple compliance regime to promote entrepreneurship. This provision, once passed, will definitely appeal to investors.

The bill aims to cut down the numerous approvals companies need from the government, which hamper day-to-day flexibility. Facilitating the formation of limited liability partnership (LLP) structures, once the LLP bill is passed, partnership firms will be able to increase their members from 20 to 100. The LLP is an alternative business structure that combines the limited liability benefits of a company with the flexibility of partnerships.

The company is identified as a separate entity from an “officer-in-default” for the imposition of monetary penalties.

The bill prescribes higher and more stringent penalties for corporate offences, commensurate with the nature of the default and its effect on the ordinary shareholders of a company, and provides deterrence for repeat offences. In the case of fraudulent actions, provisions for recovery are included.

Further, the bill envisages special courts to deal with corporate offences. The plan is to establish a National Company Law Tribunal/Appellate Tribunal in order to deal with M&A, the reduction of capital, insolvency, rehabilitation and liquidation.

With clear provisions for checks and balances, companies will find it hard to raise public deposits, and insider trading by directors or key management personnel will be treated as a criminal offence.

The bill also proposes to bar the issue of shares at a discount to owners of a company. A separate framework has been contemplated to enable fair valuations in companies for a variety of purposes. Audit committees will have to appoint valuers. The bill has introduced the notion of “class action” suits, through which minority shareholders can challenge the management as a group and take legal action in case of any fraudulent deed on the part of a company.

These minority shareholders will benefit from greater transparency emanating from guidelines specified for the fair valuation of companies through independent professionals such as cost and work accountants, chartered accountants and company secretaries.

As the Indian economy matures, the companies bill will help “usher in self-regulation in corporate affairs with disclosures and accountability, and to substitute government control over internal corporate processes and decisions by shareholder control”. Such innovation will undoubtedly be a harbinger of enhanced corporate governance. 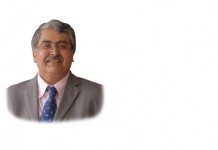