The commercial exploitation of a patent is not mandatory in any patent law jurisdiction. But if you wait too long, someone else will capitalize on a similar idea and capture your niche invention. On the other hand, if your invention is the first of its kind, the market might not be ready and you will have to fight an uphill battle to carve out a place for your product. The grant of a patent acts as a trigger to increase the likelihood of manufacturing activity.

One thing, however, is certain, the existence of a patent would make the patentee confident that they would be able to prevent infringement and that future revenue streams would remain protected. It also serves as a warning to others to desist from copying as the law is stringent and, at times, levies heavy punitive damages on the infringers. A patent is not mandatory for commercialization of an invention. Nevertheless, millions of patent applications are filed every year.

According to a Forbes report, out of the 2.1 million active US patents hardly 5% have reached the market. About 90% of the patents fail to be commercialized or find angel investors or licensees. These unlicensed patents include over 50,000 high-quality patented inventions belonging to universities. Similarly, in India, no more than 5% of patents reach the market.

Why do a majority of patented inventions not reach markets? According to some, success in the field of innovation is all about carving your market space at the right time. In a competitive marketplace if you wait for too long, others will capture your niche space by launching similar products or they may copy your invention. While a majority of the inventors, who are unsupported novices, rush to the patent office to obtain a patent in a hope that someday someone will commercialize their invention, others live in a belief that they will catch a “big fish” infringing their patent and get royalty or damages at some point of time. Patent disputes such as Fonar v GEC (1997), where General Electric was ordered to pay US$128 million for infringing a magnetic resonance image technique covered by US patent 4871966 and multi-angle oblique covered by US patent 3789832 owned by Fonar Corporation.

Most inventors are concerned with obtaining a patent rather than working on the idea to make it a marketable product, but some look for angel investors to commercialize their inventions. However, they may risk running into “devil investors” who copy their invention and make profits. These devil investors enjoy the fruits of the patentee’s hard work.

While some operate until they get a cease-and-desist notice from the actual patentee, others are “runaway investors”, who look to make a quick buck and switch to another product before the patentee is able to catch up with them. The modern robust intellectual property professional network in India favours the litigation-based model to catch infringers.

The effects of non-commercialization of patents is greater for more valuable and complicated inventions or for patentees who lack manufacturing capabilities. Obtaining a patent is no guarantee of success. A majority of investors believe that patents are paper tigers and may turn out to be hollow after laboratory results are delivered. This is what happened to Theranos so-called revolutionary technology of automation and miniaturization capable of conducting about 200 different tests with rapid finger-prick blood samples. Interestingly, before the well-known startup was declared bankrupt, they held as many as 2,700 patents from 2013 to 2018.

Three stages in the successful manufacturing and launch of a new product are pre-manufacture, market launch and mass production. The pre-marketing stage requires intelligent assessment of the market potential, validating the commercial opportunity and trialling of the manufacturing process. The grant of a patent would facilitate manufacturing attempts.

The recourse to innovation as a business model is a bumpy road paved with expense, risk and uncertainty. Patent systems are created to ease this burden of the inventors. The negative rights the patent owner gets to exclude others, in fact, helps in offsetting the expense, risk and the inherent uncertainty in choosing innovation as profession. Thanks to efforts of patent advocacy in every jurisdiction patent owners are no more silent spectators to the decreasing value of their inventions by the actions of infringers. 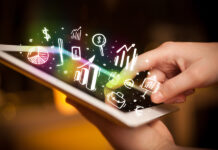 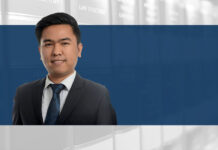 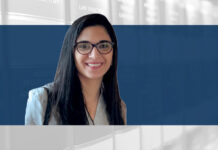 The government is keen to support the growth of online trade, but its draft e-commerce rules could have the opposite effect.
The markets regulator has begun the process to move away from the broad concept of promoters
Analysis: What propelled Air India’s return to Tata?