Following President Barack Obama’s recent visit to India, reports in the media suggest that the central government has so far resisted any pressure from the US on making changes in certain provisions of the Civil Liability for Nuclear Damage Bill, 2010. The bill was passed unanimously in the Lok Sabha on 25 August after much debate. The government, at the eleventh hour, dropped the provision of “intent” as a precondition to supplier liability for a nuclear accident caused by defective material. The operator can now sue the supplier for damages without an agreed contract or intention to cause a nuclear accident. The US has expressed major concerns about this provision.

Purpose of the bill

The adoption of a clear and adequate domestic liability regime for nuclear damage looks to pave the way for India’s long-term sustainable energy needs. The bill aims to facilitate the involvement of foreign parties in the nuclear sector, particularly suppliers of equipment for nuclear power plants, and create a mechanism for speedy compensation of victims of nuclear disasters. Foreign companies, particularly large corporations such as General Electric and Westinghouse see the bill as a necessary precursor to obtaining insurance cover in their home states, before entering into nuclear commerce with India. Also, operators cannot start operating nuclear installations without getting an insurance policy or financial cover.

Currently, India is not a signatory to the three major international agreements that form the framework of nuclear liability. However, India has signed a few bilateral agreements for co-operation and use of nuclear energy for civilian purposes, including a pact with France that explicitly states that India must create a civil nuclear liability regime for compensating damage caused by incidents involving nuclear material and facilities.

All nuclear plants are currently owned by the government or government-owned entities, holding them entirely liable. Total liability is limited to Rs21 billion, regardless of the extent of damage and this may be insufficient. Most countries have a much higher cap on nuclear damage. The bill makes the operator liable without the need to prove liability in order to fully protect the interests of the victim.

Any person suffering from nuclear damage has the right to compensation if such a claim is made within 20 years of the date of incident (it was earlier 10 years in the draft bill). Claims for damages must be decided within three months of application. The extent of damage suffered in these cases will be determined by the government, which is also one of the parties that is liable to pay compensation. This may lead to a conflict of interest.

A parliamentary Standing Committee on Science and Technology (SCST) made many recommendations for amendments, most of which were adopted straight away barring the controversial clause 17 that dealt with the operators’ right of recourse. Opposition parties protested against SCST’s recommendation on the word “and” between clause 17(a) and 17(b). The former grants operators the right of recourse against suppliers only if expressly provided for in a contract and the latter gives the operator the right of recourse where “the nuclear incident has resulted as a consequence of latent patent defect, supply of sub standard material, defective equipment or services, nullifying the previous clause requiring wilful act and gross negligence”.

The draft bill deleted the word “and” between these two clauses to establish non-conditional supplier liability irrespective of a contract and also to decrease the liability burden on nuclear power plants which are operated by the government or government-owned companies. This amended version of the bill runs contrary to what is stipulated in international conventions. Usually the operator has the right of recourse against the supplier when it is provided for in a contract in writing, or if the nuclear incident has resulted from the act of commission or omission of a person done with the intent to cause nuclear damage.

Akshay Jaitly is a partner in the Delhi office of Trilegal where Yamini Jaishankar is a consultant and Sairam Sanath Kumar is a manager of corporate communications. Trilegal is a full-service law firm with offices in Delhi, Mumbai, Bangalore and Hyderabad. The firm has over 120 lawyers. 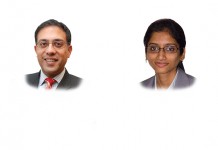 Power to all, coal to none

By Akshay Jaitly and Rachika A Sahay, Trilegal