China International Economic and Trade Arbitration Commission (CIETAC) has been working to enhance the creditability of its arbitrations throughout 2018, and has witnessed continued improvement in its international competitiveness.

CIETAC deepened its reforms across the whole arbitration process including case acceptances, establishment of arbitration panels, and other procedures. Providing independent, fair and efficient arbitration services to parties has always been at the heart of the institution’s work, which has helped it win the trust of both Chinese and foreign parties.

In 2018, CIETAC enjoyed steady growth in both the number of cases and the amounts in dispute. In total, the institution accepted and dealt with 2,962 cases, up by 28.89% from the previous year. Of these, 522 cases were foreign-related (out of which both parties were non-Chinese in 26 cases), representing a year-on-year increase of 9.66%, while 2,440 cases were domestic disputes, a year-on-year increase of 33.92%.

The institution concluded 2,524 cases, up 11.04% on figures for 2017. The number of cases in process was 2,022, up 28.3%. The parties to the cases were from 60 countries and regions, and 73 cases involved parties from 23 countries along China’s Belt and Road. In 79 cases, the arbitration languages were in English only, German only, and both English and Chinese. A total of 59 foreign arbitrators presided over 58 cases.

CIETAC has kept its arbitration rules up to date and in line with international rules and practice, and worked hard to promote the adoption of information technology in managing arbitration procedures and scrutinizing arbitral awards. The institution brought into play its expert advisory committee to deal with major and complex cases.

CIETAC also pressed ahead with its overseas expansion strategy, accelerating the building of an overseas service network and setting up CIETAC North America Arbitration Centre and CIETAC European Arbitration Centre in Vancouver and Vienna, respectively. It also made its services more accessible to businesses along the Belt and Road.

In an effort to improve its alternative dispute resolution mechanisms, the institution set up the CIETAC Mediation Centre, created Mediation Rules, published the CEPA Investment Dispute Mediation Rules and prepared a panel of mediators, and formulated and published its Panel of International Investment Arbitrators to meet parties’ demands for dispute settlement.

In 2018, CIETAC received more than 50 delegations from international business circles, the arbitration profession, legal profession, and delegations from government officials and universities around the world. The institution also held a series of events during overseas trips to Europe, Australia, New Zealand, Africa, Latin America, the US, Canada and Southeast Asia. It organized more than 40 visits and held more than 10 seminars with Chinese companies and organized nearly 30 international arbitration workshops to deepen exchanges and co-operation with international arbitration communities, and economic and trade communities.

CIETAC published its Annual Report on International Commercial Arbitration in China, Research of the Arbitration Systems in Key Countries along the Belt and Road, and other research on international commercial arbitration. It also strengthened communications with the judiciary and made efforts to create a favourable judicial environment for arbitration, offering advice and suggestions on the modification of legislation including the General Provisions of the Civil Law, the Chapter on Contract of Civil Law (Draft) and Foreign Investment Law.

Wang Chengjie is the deputy director and secretary general of CIETAC 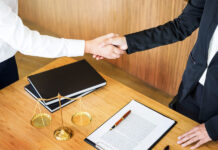 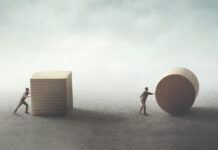