In a government work report, Chinese Premier Li Keqiang stated that it was necessary “to expand international cooperation in production capacity”, and the Thirteenth Five-Year Plan calls for low-carbon cycle development and an energy revolution. Undoubtedly, energy is one of the focal points of this year’s “Two Meetings”. In short, China will accelerate technology innovation and establish a clean, low-carbon, safe and efficient modern energy system. The country will increase the proportion of non-fossil fuel energy and promote the clean and efficient utilization of coal and other such fossil fuel energy; accelerate the development of wind power, solar power, biomass power, hydropower, geothermal power and the safe and efficient development of nuclear power; strengthen energy storage and smart grid development; develop distributed energy; promote energy-saving low-carbon power dispatching, etc. With the new plan, China’s energy industry is facing a bout of intensive adjustment and change.

In contrast with coal-fired power generation projects essentially being at a standstill, Chinese enterprises, taking advantage of the “One Belt, One Road” strategy, are increasingly involved in the construction of power projects in neighboring countries. The current largest coal-fired build-operate-transfer (BOT) project in Mongolia invested in by a certain nuclear power enterprise, in which the author participated, will double Mongolia’s power output once completed. Additionally, cases of domestic enterprises establishing plants abroad that use local coal resources and ship the electricity to China have arisen.

Hydropower still expanding at a breakneck pace, with small projects potentially facing problems in the near future. The National Bureau of Statistics figures show that the proportion of total national power output accounted for by hydropower increased from 18.2% in 2014 to 21.3% in 2015. Under the current regime in the hydropower industry of “grabbing the large and discarding the small”, small hydropower projects are experiencing such problems as chaotic development, weak regulation by administrative authorities, etc. and facing difficulties both policy wise and legislation wise, something that the author fully experienced in the course of a small hydropower acquisition project in which she was involved.

Legislation wise: to date, central government authorities have not issued any laws or regulations addressing the approval and administration of small hydropower plants. On the other hand, the administrative methods and benchmarks across regions vary enormously in quality and they are not promptly made known to public, constituting a major obstacle when conducting an investigation to determine, for an acquisition, whether the relevant approval procedures were carried out.

Although the hydropower industry has numerous issues, in terms of legislation, policy and technology, that require resolution and improvement, as a clean and renewable resource, hydropower lines up with China’s policy on optimizing and adjusting the power structure. So long as it can be subjected to reasonable guidance and better administration, the hydropower industry will become another important focus of the energy industry.

Nuclear power still in the ascendant, and first hints of “going global” have appeared. In 2015, China approved the first nuclear power project since the Fukushima disaster in Japan in 2011. Under the new five-year plan, the “safe and effective development of nuclear power” is expressly called for, and the desire for developing nuclear power in China is growing stronger. Currently, the power output from nuclear energy in China accounts for a mere 3% of the country’s entire power output. It is estimated that nuclear power will account for 20% of China’s power supply by 2030. Basic legislation in the nuclear power sector has consistently been lacking. However, with the reboot of nuclear power projects, there is hope that the Nuclear Power Law, the drafting of which the author has been involved in since 2011, will be submitted to the Standing Committee of the National People’s Congress for deliberation in 2016.

In October 2015, China General Nuclear Power Group and Électricité de France S.A. executed an investment agreement for the construction of a new nuclear power project in the UK, marking an important milestone. In November 2015, the author, acting for the Chinese party, was fortunate enough to be present for the execution by China and Argentina of agreements relating to the construction of the fourth and fifth nuclear power stations, marking the successful export to Latin America of China’s third generation nuclear technology (Hualong No.1). The trend of Chinese nuclear power enterprises going global has crystallized.

Clean energy the new driving force for future development. Vigorous development of clean alternative energy has become a common point of consensus among various social circles to combat pollution. Under the new five-year plan, China will accelerate its development of clean energy, improve the policies supporting wind power, solar power and biomass power development and increase the proportion of clean energy, endeavoring to increase the share of non-fossil fuel energy in primary energy consumption to around 15% by 2020. During the past few years, the state has issued a series of stimulus policies, and various regions have attracted investors to invest in wind power, solar power and photovoltaic projects. However, the growing imbalance between the speed of development of new energy and the complementary facilities has to be resolved.

The changes and adjustments in China’s energy sector are profoundly affecting the legal business. Under the new public-private-partnership (PPP) policies, many of the above mentioned energy projects are being promoted with the PPP model. The going global by Chinese enterprises, M&A, listings, asset securitization, environmental compliance and other such matters that go hand-in-hand with the foregoing will also heat up, becoming new focuses of the legal business. 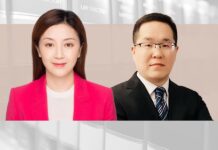 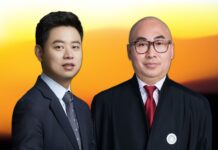