Apublic-private partnership (PPP) includes but is not limited to concession, service procurement and equity co-operation. Medical services are one of the sectors for which the adoption of the PPP model is encouraged by the state, and applying the PPP model among hospitals has huge market potential.

According to the Opinions to Promote Healthcare Industry Development, issued by the State Council in October 2013, it is planned that a well structured full-lifecycle healthcare service system with comprehensive business coverage will be established by 2020, representing total market volume of over RMB8 trillion (US$1.23 trillion). Furthermore, market-oriented healthcare reforms also lay the groundwork for introducing PPPs in the health sector. 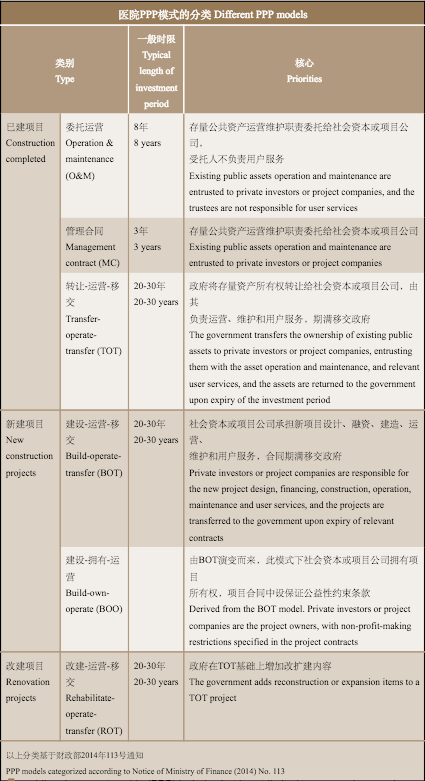 Hospitals are a key area for PPP application in many developed countries. In the UK, 76 PPP hospitals were in operation as of April 2009, with a total investment of approximately £6 billion (US$8.62 billion). There are already some existing PPP hospitals in China, but PPP operations need to be further improved at the institutional level, and Chinese PPP hospital projects are still at a tentative stage. This is a “blue ocean”, where a great deal can be accomplished by private capital operators and lawyers.

Land acquisition and valuation. In the case of new construction projects, the responsibility of land acquisition is typically determined based on the relative ability of the government and the project company, i.e. which of them has stronger capability and/or resources to acquire the land. Expenses are distributed by assessing the maximum amount affordable for the project company, return on investment, etc. In practice, a provisional price may be established between the project company and the government. As for completed projects, land valuation is determined between the two parties through consultation or held in abeyance.

Concessions. There are controversies regarding the definition of concession-giving bodies, implementation procedures and dispute settlement methods. Concessions in China are generally divided into two forms: (1) concessions granted by government organizations, and (2) intellectual property licensing granted by enterprises. As pointed out in the Administrative Regulations for Business Concession, issued by the State Council in 2007, business concessions essentially involve enterprises licensing their intellectual property for use by other operators.

Relevant provisions can also be found in local normative documents. For example, it is stipulated in the Implementation Opinions to Promote the Development of Health Services that “public hospitals are allowed to co-operate with private capital through concession, provided that they can ensure asset security and medical service quality and safety, and have the corresponding management capabilities”, which should be categorized as a form of intellectual property licensing given by hospitals to external partners.

Return on investment. It takes relatively more time to achieve a return on hospital investments, the reason being restrictions on medical service earnings due to the non-profit nature of hospitals. The central government is playing a dominant role in the healthcare service pricing mechanism, with market forces playing a limited role due to the reliance on hospital designation for medical insurance. This makes the profit compensation mechanism for private investments particularly important.

As shown in its financial statements, Phoenix Healthcare Group received more than RMB100 million of income from the supply chain business in 2013, accounting for 42.4% of its total revenue; during the first half of 2014, the income generated from the supply chain businesses exceeded RMB68 million, accounting for 47.9% of its total revenue in the same period. In addition, the company recently launched a mobile medical treatment module (auxiliary medical services) and achieved considerable development in relevant payment and settlement services.

Exit of private capital. It takes five to 10 years before profits can be realized on hospital investments. Healthcare is not a highly profitable business, so it is crucial to ensure reasonable return for investors. Non-profit hospitals are prohibited from distributing dividends to investors. However, as hospital assets appreciate, return on investment can be realized through equity trading etc., upon investor exit.

Wang Zhijian is a senior partner at Zhonglun W&D Law Firm and head of the firm’s healthcare practice. He can be contacted on +86 28 6504 1007 or by email at wangzhijian@zlwd.com 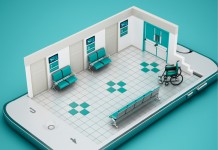 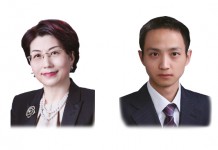 Who pays the piper after PPP land requisitions?