Are tougher environmental laws beginning to bite? And how will environmental technology assist in their enforcement? Michael Driver and Danelle Gagliardi explain

For the past eight years, much of the world’s focus on coal-related environmental policies has been directed at the US. Former US president Barack Obama’s Environmental Protection Agency promulgated a variety of regulations that were viewed as stifling the coal industry and led to hotly-contested litigation including: Mercury and Air Toxic Standards (MATS); the Clean Power Plan; and the New Source Performance Standards for Greenhouse Gas Emissions from Electric Generating Units (NSPS).

Running almost exactly parallel to the US “war on coal” (a phrase coined by Republicans in the US Congress) was a seemingly silent shift in China’s coal-related environmental policies and laws – coined as a “war against pollution” by Premier Li Keqiang. Following China’s latest overhaul to its Environmental Protection Law (EPL), effective January 2015, and signature to the Paris Agreement, and the most recent Environmental Protection Tax Law, effective January 2018, it has become increasingly clear that China may be implementing stricter environmental laws and focusing more on the enforcement of them – a problem that had arisen in previous environmental laws.

Media reports on appalling and dangerous levels of smog have earned China a poor reputation in the international community, and even Chinese citizens have begun speaking out against their government about the environment. The government has responded to this on some occasions. For example, almost immediately after its effective date, local regulators in Shenzhen fined Hengjin Metal Products more than RMB200,000 (US$31,300) for discharging polluted waters. In 2016, China’s Energy Bureau halted the construction of 103 coal-fired power plants and canceled 7.2 million KW of coal energy. And collectively, it was reported that the Ministry of Environmental Protection (MEP) meted out 124,000 punishments to businesses for environment-related wrongdoings in 2016, with fines totalling RMB6.63 billion.

The passage of the 2015 EPL was meant to be a strong response to pollution in China, too. However, the dust has now settled after its passage, and enforcement is still not perfect – evidenced by the high levels of smog plaguing most major cities in China, and additional pollution sources. This is in part because it is practically difficult to verify the environmental monitoring data being submitted to the MEP and control continued local corruption, despite what the text of the EPL says.

Moreover, according to some sources, prior to President Xi Jinping’s leadership, progress had been paltry partly because the previous administration’s mild style meant local officials turned deaf ears to its directives on environmental protection, the South China Morning Post reported.

This casual attitude from regulators and issues of consistency in enforcement at the local-level Environmental Protection Bureaus (EPBs) affects the reliability of the new permitting frameworks, as well as the accuracy of monitoring data.

While local officials will bear joint liability for misreporting data under the new EPL, there are also no specific rules on how to submit monitoring data, or what type of pollution-control equipment to use, making data inconsistent and possibly still fraudulent. This is where environmental monitoring technology has great potential in China, and much of it has been developed and patented in the past handful of years.

China’s stricter and more effective environmental laws are now better at addressing pollution enforcement (which has been the main problem in promoting actual change in environmental quality), but environmental monitoring technology and informational platforms on which to exchange methods on lowering pollution will secure China’s success in its war on pollution. The only step left for China is to overcome some patenting hurdles to allow this technology to be marketed, and information to be shared.

Moreover, many local officials who were subject to political pressure would falsify reports and officially close down plants that violated environmental regulations, only to secretly reopen them. This process was called lazha xiandian (“to limit the supply of power”). As a result of the gaps between laws and enforcement of those laws, the prior environmental laws became nothing more than a paper tiger – fierce on paper, but largely ineffectual in practice. Thus, while strong national policy was in place with the prior EPL, local enforcement remained heavily fragmented. 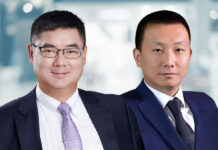