On 30 August 2018, the State Council issued Several Opinions on Promoting Co-ordinated and Stable Development of Natural Gas, which gave some specific and practical opinions in terms of natural gas production, supply, storage and sale.

The imbalance of supply and demand has led to a rapid increase in China’s import of natural gas, with the total import volume being 94.6 billion cubic metres in 2017. LNG was imported from 22 countries. Although the number of energy importing countries into China has increased significantly, a major part of the imported volume is still concentrated in a few countries, with about 85% of pipeline natural gas imported from Turkmenistan.

Australia is still the largest source of China’s LNG imports, with annual imported volume representing almost 50% of total LNG imports. The opinions further emphasize the need to diversify overseas supply sources of natural gas by guaranteeing a balance between both long-term contract and spot contracts.

The International Energy Agency predicts that China will become the world’s largest importer of natural gas in 2019, and will purchase natural gas from more countries and natural gas suppliers in the future. Diversification will be achieved through transportation methods, import channels, contracting models and participants. Consequently, lawyers in the natural gas field must keep up the pace by reflecting the actual business demands of companies in the contract in response to the promulgation of a series of new laws and regulations.

To achieve this goal, domestic and foreign gas supply companies need to provide more gas storage facilities in the following two years. Foreign companies will then be able to use their advanced technology to pursue wider opportunities.

For foreign investors willing to sell oil and gas in China, according to the Special Management Measures on Foreign Investment Access (Negative List) (2018 edition), a previous requirement has been cancelled, which stipulated that for enterprises invested in by the same foreign investor that have set up more than 30 branches, engaging in the sales of different types and brands of refined oil products from multiple suppliers and running the construction and operation of chain gas stations, the Chinese counterpart shall be the controlling shareholder.

Driven by strong policies in economic development and air pollution control, natural gas, deemed as clean energy, will play an increasingly important role in various fields of China’s economy. It will bring opportunities for the development of enterprises in the natural gas sector in the following two to three years.
It is certain that new laws and regulations will be promulgated and the innovation in business models is to be expected. 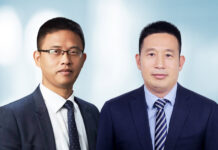 By Ashley Fife, Carey Olsen
How can businesses mitigate the damage from global economic headwinds?