The National Bureau of Statistics recently announced China’s GDP grew by 6.7% in 2016, the slowest in 26 years but still within the government’s target range of between 6.5% and 7%. The Chinese economy is still active in many areas, both inbound and outbound.

To name a few transactions, China General Nuclear Power Corporation has invested in Hinkley Point C, the first generation III nuclear new-build project in the UK and one of the largest energy and infrastructure projects to be carried out in the country this decade. ChemChina has acquired Syngenta, the largest outbound transaction by a Chinese company to date. Zhejiang Geely issued the first overseas green bonds by Chinese automakers. Inbound transactions are also eye-catching: JD.com and Walmart formed a strategic partnership, and Didi Chuxing acquired Uber China, changing the landscape of the mobile taxi-hailing market in China. 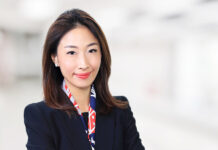