With the shift of the political and economic situation, Chinese enterprises investing in the US are encountering more frequent national security reviews by the US government. Meanwhile, the US government has introduced a series of acts and regulations in recent years to strengthen its control in this area. This article introduces the rules and rationale of US government reviews of foreign investment, and lists relevant review points and suggestions.

Pursuant to section 721 of the Defence Production Act, the Foreign Investment and National Security Act and other regulations, the Committee on Foreign Investment in the US (CFIUS, an inter-departmental institution subordinated to the US Department of the Treasury) conducts national security reviews of transactions involving foreign investors (both voluntary and involuntary).

In 2018, the US passed the Foreign Investment Risk Review Modernization Act and the Export Control Reform Act (ECRA), expanding the authority of the CFIUS, especially in controlling foreign capital investing in sensitive industries, or acquiring new technologies, in the US. In 2020, the US passed a series of new regulations, which further defined the jurisdiction and procedures of the CFIUS in foreign investment risk review.

Generally speaking, the CFIUS will analyze whether a transaction involves “national security” from the perspective of both the commercial nature and the nature of the foreign entity, taking into account the following factors:

(1) the potential effects of the transaction on US domestic production needed for projected national defence requirements, human resources, products, technology, materials, and other supplies and services;

(2) the potential effects of a foreign person’s control of domestic industries and commercial activity on the capability and capacity of the US to meet the requirements of national security;

(3) the potential effects of the transaction on the sales of military goods, equipment or technology to specific countries, or found by the Department of Defence (DoD) to present regional military threats to the US, or involving countries or regions on the nuclear non-proliferation special country list;

(4) the potential effects of the transaction on US international technological leadership in areas affecting US national security;

(5) the potential national security-related effects of the transaction on US critical infrastructure, including major energy assets;

(7) the potential that the transaction presents for transhipment or diversion of technologies with military applications;

(8) the potential effects on the long-term projection of US requirements for sources of energy and other critical resources and material; and

(9) other factors such as those determined by the US president or the CFIUS to be appropriate, general, or relevant to a particular review or investigation.

Based on the above-mentioned review points, the authors suggest that Chinese enterprises assess the following factors in advance, identify risks, and add the positive result of the review as the closing condition of the transaction to reduce losses.

(1) Industry/business of the target company. Investors should identify:

(ii) whether the target company is involved in fields such as “key technologies”, sensitive data, biotechnology, artificial intelligence, communications, finance and real estate. If an invested business involves “emerging technologies” regulated by the ECRA, especially key fields such as new materials, robotics and artificial intelligence mentioned by the Strategic Plan of Made in China 2025 (which received special attention from the US government), extra attention should be paid to the impact of these emerging technologies on investment activities.

(2) Business between the target company and the US government. Investors should identify:

(i) whether the target company was a party to a government contract for the past five years, i.e., supplying products or services directly or indirectly to the US government, including as a subcontractor or supplier of other tiers. In particular, investors need to identify whether the target company was the sole or primary supplier of a product or service to the US government. For this purpose, investors may ask for the Code for Commercial and Government Entity Code for further verification;

(ii) whether the target company used technology provided by the US government or entered into joint research and development (R&D) agreements with US entities (state or municipal government) in the course of performing government contracts; and

(iii) whether the target company is or has been involved in the National Industrial Security Programme, led by the DoD. If so, investors should require the target company to provide sensitive or confidential technology or information obtained through its participation.

(3) Other factors. Investors should identify:

(i) whether geographical locations of the target company, including premises for administration, R&D, production, service and maintenance, storage and logistics facilities, and unused land or buildings are within an airport or seaport area;

(ii) whether the target company has R&D co-operation with American universities and other research institutions; and 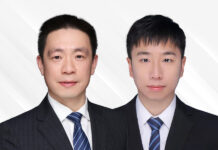 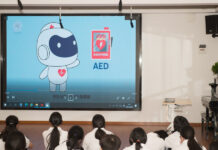