Our publications
Home Dispute digest Can concession agreement disputes be arbitrated in China? 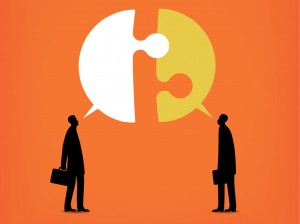 It is also clearly provided in article 12(2) of the Interpretations by the Supreme People’s Court (SPC) on Several Issues Concerning the Application of the Administrative Litigation Law of the People’s Republic of China, implemented on 1 May 2015, that “any administrative proceedings brought about by a citizen, legal entity or organization in relation to any of the following administrative agreements must be heard by the people’s courts (administrative courts): (1) Government concession agreement …”

However, the Public-Private Partnership (PPP) Contract Guidelines (for Trial Implementation), issued by the Ministry of Finance on 30 December 2014, also clearly point out that the nature of the PPP model is fundamentally a civil legal action arising from the government’s procurement of public services from social capital co-operation, and this constitutes a civil legal relationship between two civil subjects. As such, any dispute arising can be resolved either by civil litigation or by arbitration.

Many views have been offered by academics in relation to the nature of concession agreements that can be discussed. However, this article focuses on the compilation of what we can understand from judicial practice.

In this case, the SPC found that even though the contract and the legal relationship between the disputing parties involved certain civil factors, the contract was formed between both parties as equal subjects and thus could not be regarded as a civil legal relationship. As such, the matter was not within the jurisdiction of the civil court and parties could therefore commence administrative proceedings based on the relevant administrative regulations.

After the amendments to the Administrative Litigation Law, the SPC found, in a frequently-cited ruling on the jurisdiction of the people’s court in Henan Xinling Highway Construction Investment v Huixian City people’s government, that this particular case involved a “typical BOT-model government concession agreement” and further found that “from the goals, responsibilities, subjects, conducts, contents etc., of the contract, the nature of the contract was clearly that of a civil commercial legal relationship and should therefore be viewed as a civil commercial contract”.

It therefore fell beyond the situations described in article 12(1)(11) of the Administrative Litigation Law and article 12(2) of the interpretations. The SPC therefore supported Henan Higher People’s Court’s ruling to hear the case as a civil matter.

In practice, most major arbitration institutions in mainland China, including the China International Economic and Trade Arbitration Commission (CIETAC) and the Beijing Arbitration Commission (BAC), have administered arbitrations regarding disputes arising from concession agreements. Such disputes frequently involve construction, including infrastructure. Arbitrators on the CIETAC and BAC panels of arbitrators, with their abundant experience in hearing construction disputes, are most suited to hearing disputes arising from concession agreements.

However, because of the provisions in the Administrative Litigation Law and the interpretations, there is still a fair amount of uncertainty when it comes to the means of resolving disputes in relation to concession agreements.

This, therefore, has become one of the reasons deterring social capital co-operation from participating in concession projects in mainland China.

In addition, guided by the “One Belt, One Road” (OBOR) national strategy promoted by the central government, many Chinese state-owned enterprises (SOEs) and huge private corporations have begun to participate in foreign concession projects. If disputes arising from concession agreements are not arbitrable under China’s legal regime, this will inevitably render it impossible or immensely reduce the chances for Chinese investors to contract for disputes to be administered by an arbitration institution in mainland China.

To solve these problems, it might be useful to consider Taiwan’s legal regime, in which there is a distinction drawn between the granting of concession rights and investment agreements, whereby any dispute arising from an investment agreement can be resolved by way of civil litigation or arbitration. To avoid further unnecessary debates over this, we can only rely on future legislation to resolve the problem of inconsistencies arising from existing regulations. 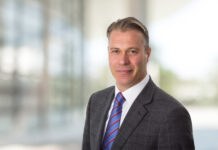