The Singapore International Arbitration Centre (SIAC) Investment Arbitration (IA) Rules, tailored for investor-state disputes, came into force on 1 January 2017. The IA rules follow certain aspects of the SIAC rules (updated in 2016), which are generally used for commercial arbitration disputes, as well as containing specific features reflecting the nature and practice of investment arbitration. The IA rules can be expected to facilitate further the emergence of Singapore as a popular seat for investor-state disputes (although IA rules arbitrations can be held elsewhere). 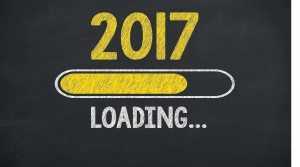 Alongside the International Centre for Settlement of Investment Disputes (ICSID) and United Nations Commission on International Trade Law (UNCITRAL) arbitration rules, which are the most frequently used rules for investment treaty arbitration, the IA rules can be expected to take their place as another option for investor-state disputes through the agreement of parties (whether in a treaty, contract, statute or other instrument).

Among the notable features of the IA rules are provisions addressing confidentiality, early dismissal of claims, non-disputing party submissions, third-party funding and interim relief by an emergency arbitrator.

The IA rules provide for confidentiality of matters relating to proceedings and the award. Reflecting the impetus for greater transparency of investment arbitration, the IA rules also stipulate that the SIAC may publish certain information on proceedings under the IA rules, including the nationality of the parties, the identity and nationality of the members of the tribunal, the treaty, statute or other instrument under which the arbitration has been commenced, the date of commencement of the arbitration and the status of proceedings (i.e., whether they are on-going, or have been terminated). The SIAC may also publish redacted excerpts of the reasoning of the tribunal and redacted decisions by the SIAC Court of Arbitration on challenges to arbitrators.

Additional information, including the identity of the parties, their counsel and the economic sector and industry to which the dispute relates, can only be published with the express consent of the parties to the dispute. This marks a difference with the ICSID, which published this information on its website for ICSID and ICSID-administered arbitrations without the requirement of express party consent.

The IA rules provide for the early dismissal of claims (and defences) if they are:

• Manifestly outside the jurisdiction of the tribunal; or

An innovative feature of the IA rules is the inclusion of provisions addressing third party funding. Although third party funding is an increasingly prevalent feature of investment arbitrations and tribunals have dealt with it in some cases under their inherent powers, none of the other major arbitral rules that are used for investment arbitrations expressly address it. By contrast, the IA rules provide that unless otherwise agreed by the parties, tribunals have the power to order the disclosure of the existence of a party’s third-party funding arrangement, the identity of the funder, details of the funder’s interest in the outcome of the proceedings and whether or not the third-party funder has committed to undertake adverse costs liability.

There are a number of features designed to reflect the particularities of investor-state arbitration in the IA rules in terms of the framework and timing for steps in the arbitration. For example, a respondent has 35 days from the Notice of Arbitration to file a response, whereas under the SIAC rules a respondent has 14 days. This reflects the fact that there may be particular timing sensitivities for states as parties in investment arbitrations. However, there are provisions ensuring the relative expedition for the constitution of arbitral tribunals and the SIAC Court of Arbitration will utilize a list procedure as a default mechanism for the appointment of arbitrators.

Certain other procedural features of the SIAC rules – such as on multiple contracts, joinder of additional parties and consolidation – have been omitted from the IA rules.

The IA rules represent a notable development in the field of investment arbitration – a tailored set of rules established under the auspices of a commercial arbitration institution. Following the extensive public consultation on the draft rules from February 2016, the IA rules combine familiar features of the SIAC rules, such as the possibility of emergency relief, with specific provisions pertaining to investment arbitration, such as on third party submissions.

The success of the IA rules in the long-term will in no small part be a function of their attractiveness to states as parties, and their inclusion in investment treaties and contracts. In the short term, there is the possibility that parties in investment disputes could agree to the application of the IA rules, notwithstanding the rules provided for in the underlying treaty, contract or other instrument. The design and efficacy of the IA rules and their prominence are likely to further enhance the emergence of Singapore as an increasingly popular seat for investment arbitrations.

HUSSEIN HAERI is a partner and co-head of international arbitration at Withers in London. DEBORAH BARKER SC, managing partner at Withers Khattarwong in Singapore, contributed to the article 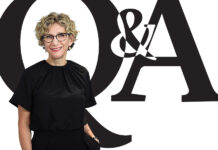