India’s Intellectual Property Appellate Board (IPAB) had a long run from 2003 to 2021 as an IP tribunal hearing appeals against the IP Office’s decisions. But years of criticism over delays in adjudication and appointments eventually led to its abolition in April 2021, and pending matters were transferred to various high courts.

With cases piling up, Delhi High Court, a key court handling such matters, announced the creation of an IP division, designating judges for only such matters. This is in line with other specialised divisions and benches that examine specific types of cases, including tax and commercial matters.

Delhi High Court’s IP division brings more clarity and certainty around IP dispute resolution. A specialised bench means that judges will have expert knowledge in IP, either through training or previous practice. This will lead to more consistency and predictability in decisions. In a recent patent matter before Delhi High Court, two judges examining the same facts arrived at completely different conclusions. Situations like these will hopefully no longer occur with the IP division in place.

Many IP matters also involve questions of constitutionality and public interest, and tribunals like the IPAB are not empowered to address such questions. The IP division can now tackle such issues in the first instance, as high courts already have inherent powers to hear such cases. The IPAB’s abolition has also removed one intermediary step in the IP adjudication hierarchy, since a significant number of IPAB decisions were invariably appealed before the high courts. One concern, however, is the impact this will have on the career growth of patent agents who are not qualified to appear before high courts. Patent agents could, and often did, argue their own appeals before the IPAB.

A key shortcoming of the IPAB lay in the appointments of its chairperson and technical members, which were often delayed or challenged, affecting the pace and quality of adjudication. The odds of a high court bench being left vacant or challenged are far lower. However, high courts, in their ordinary course of functioning, operate a roster system where judges take turns in hearing different types of cases. An overly active roster system may adversely affect the efficiencies the IP division promises. One workaround is to designate a smaller roster of specialised IP judges, so that valuable time and resources are not spent in retraining judges.

Critically, Delhi High Court is going beyond treating the IP division as another simple division and is instead trying to create a holistic practice around IP. For example, the High Court of Delhi Rules Governing Patent Suits, 2020, and detailed procedures for the division are pending finalisation. Significantly, these proposed rules recommend mandating the filing of claim construction briefs that set out the proposed claim scope and the basis for the proposed claim construction. The proposed rules also recommend filing a technical primer outlining the basics of the technology in question, along with pleadings, either as a document or presentation.

These procedural guidelines should also consider steps to address the huge backlog of IPAB cases the IP division faces. As many pending cases may have lost their potency, perhaps applicants can be preliminarily asked if they want to litigate at all, which could be a simple way of reducing pendency before proceedings commence.

At the cost of dealing with the backlog, however, the high court must not lose sight of fresh IP cases that will be filed. Many IP rights are time-bound and cannot be meaningfully enforced after some years. Thus, IP matters, both new and old, must be quickly closed so that parties get their due in good time. Fixed timelines could be introduced for completing IPAB cases pending for more than a year, and adjournments could be discouraged.

Another practice that the IP division should normalise is accessing the services of subject matter experts and scientific advisers. A roster of such experts should be available to be called upon as and when required.

In conclusion, the creation of Delhi High Court’s IP division is promising and the quality of IP adjudication is likely to see a significant improvement as a result. It will also set an example for other high courts in the country to follow. This will positively impact perceptions of India as an IP-friendly jurisdiction. 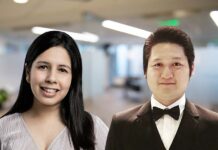