China is on track to set up its third stock exchange, this time in Beijing, to support innovative small and medium-sized enterprises (SMEs).

The plan for the Beijing Stock Exchange (BSE) was revealed by President Xi Jinping at the opening of the China International Fair for Trade in Services on 2 September, with draft rules coming out a few days after. The new bourse is set to open on November 15, after finishing two rounds of technical tests with market participants.

The BSE will be a revamp of the National Equities Exchange and Quotations (NEEQ), a Beijing-based over-the-counter exchange. Known as “the new third board”, the NEEQ divided listed firms into three groups by revenue and turnover – namely, select, innovation and base tiers. Nearly 80 select-tier companies will start trading on the new exchange.

Similar to Shenzhen’s ChiNext board and Shanghai’s Science and Technology Innovation Board (Star Market), the BSE will adopt a US-style registration system. But the new exchange completed company registration on 3 September, while its peers are state-owned non-profit organisations directly governed by the China Securities Regulatory Commission (CSRC).

“The BSE could operate more flexibly under the corporate model, which should abide by the Company Law,” said Sang Shidong, a partner at DeHeng Law Offices in Beijing. “It is much closer to the norm in major international bourses, laying a foundation for the BSE to go public in the future.”

Some people worry the new bourse will divert money from ChiNext and the Star Market, which are both designed to finance startups and tech companies. From a long-term perspective, however, lawyers believe the BSE will provide more options and higher flexibility to small businesses, and benefit financial intermediaries across northern China. The new exchange will alter the capital markets landscape in mainland China, which has only had two major bourses in the financial hubs of Shanghai and Shenzhen.

“The major base of the BSE is innovative SMEs,” said Sang. “It would effectively make up for the deficiencies of counterparts in Shanghai and Shenzhen – inadequate financing services for SMEs. It also provides a new option for SMEs seeking to go public.

“For the short term, the new exchange might lead to a diversion of capital from the Star Market and ChiNext board, as the investor threshold of the BSE is similar to the Star Market,” he said.

According to the draft rules on the BSE’s website, qualified individual investors must hold more than RMB500,000 (USD77,804) on average in securities assets during their last 20 trading days, with more than two years of stock trading experience. There is no requirement for institutional investors.

The BSE has no restriction on share price movement on the first trading day, while the daily limit will be 30% for the subsequent trading sessions. In comparison, stocks in ChiNext board and Star Market are allowed to trade freely in the first five trading days, with a daily limit of 20% afterwards.

“But we don’t need to worry that much,” said Sang. “There will be increasing capital flowing into the market because of the development of the Chinese economy, the opening up of the capital market and the greater acceptance of residents to equity investment.”

Fang Xiaojie, a Shanghai-based senior partner at AllBright Law Offices, said that, from a practical standpoint, the BSE would be a better fit for companies in the early-to-mid stages of rapid expansion with annual profits of about RMB20 million to RMB30 million.

“In comparison, ChiNext-listed companies are in the mid-to-late stage of the growth period, their markets are more mature,” said Fang. “The ChiNext board doesn’t have a specific profit requirement, however, the majority of candidates that we have represented achieved a net profit of more than RMB50 million.”

Both the BSE and the Star markets are targeting “innovative companies”, but the latter has higher standards that are more centred on semiconductors, new materials, biological medicine, environmental protection and new energy sectors, said Fang.

The BSE is not Beijing’s first exchange. More than a century ago, in 1918, China established its first stock exchange, but it was shut down in 1952 due to excessive speculation and tight government control after years of war, according to Wang Yuwei, a partner at DeHeng’s Shanghai office.

While Beijing is the headquarters of major financial and regulatory institutions, it has veered from developing a representative exchange in past decades. “That’s because Beijing has been defined as the national centre for politics, culture, innovation and technology, and international communication, rather than a financial hub,” said Wang. “Meanwhile, the financial markets in other northern China areas are underdeveloped, and therefore it is difficult to build up an integrated financial powerhouse.”

Under the policy backdrop of co-ordinated development of the Beijing-Tianjin-Hebei region, the BSE will help narrow the economic gap between northern and southern China, said Wang. “China’s stock exchanges will expand from the Pearl River Delta and Yangtze River Delta to the Beijing-Tianjin-Hebei region, promoting a more balanced and effective allocation of financial resources across the country,” he said.

Sang pointed out that the BSE may not have a significant impact on the regional economy as companies from all over the country could list on the exchange, without special preferential policies for northern Chinese companies. “Much will depend on whether local governments can guide SMEs to seize opportunities arising from the BSE,” he said.

Fang said geography was not the most important factor when choosing listing destinations. “A small company’s priority is to go public,” he said. “They care more about the price-to-earnings (P/E) ratio and liquidity of the stock market, rather than the proportion of institutional investors.”

Fang said his clients that met the listing requirements of the ChiNext and Star Market still preferred these two, because they were more mature, with more stable P/E ratios and investor bases. Other companies that do not plan IPOs for a year or two tend to adopt a wait-and-see approach.

Wang said that SMEs seeking to go public should have a fundamental understanding of the issuance requirements, registration process and information disclosure obligations of the BSE, the Star Market and ChiNext.

Wang said the BSE may help drive trading activities of the NEEQ, which had been facing a liquidity shortage despite no requirement of profitability. SMEs that had not met the minimum listing requirements could consider listing on the NEEQ before going public on the BSE or other stock exchanges, he added.

The new stock exchange will also shorten the review process to two months, compared to three months for the ChiNext and Star markets, according to the CSRC.

Fang said he hoped that the new rules could be fully implemented, or regulators could provide a clearer expected timetable for listing candidates and intermediaries. He suggested the efficiency of IPO review could be further improved, for example, regulators could focus on more concrete issues of candidates based on their business models. 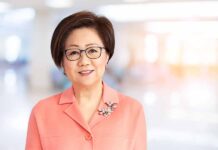