Foreign direct investment (FDI) is a key driver of economic development of an emerging country like Bangladesh. There are several methods of injecting FDI into a country, but the most popular structure is either through cross-border joint ventures or direct acquisition of shares in local companies.

FDI in Bangladesh is appealing due to the country’s economic growth and existing investment climate. Bangladesh also offers robust domestic laws that are in favour of foreign investors.

For this guide for Japanese investors, the author highlights certain areas of dispute resolution that are key for foreign investors to bear in mind, and negotiate with their local counterparts, when thinking of investing in Bangladesh.

Section 4 of the Foreign Private Investment (Promotion and Protection) Act, 1980, delineates that the government shall accord fair and equitable treatment to foreign private investment, which shall enjoy full protection and security in Bangladesh.

However, such protection may not extend to the private level and may not regulate the relationship of the commercial parties involved in FDI. Therefore, it may be fair and reasonable of foreign investors to be concerned about their investments – and worry whether their investments will get adequate legal and equitable protection.

Fixation of an appropriate dispute resolution tool is key so that the parties involved can take advantage of a speedy and effective legal process. If any dispute arises in relation to any joint ventures or acquisitions, the same shall need to be resolved by litigation or arbitration.

Litigation in Bangladesh is marred with delays, and therefore foreign investors generally tend to prefer arbitration as the most preferred method of resolving cross-border commercial disputes. The arbitration procedure is flexible and allows parties autonomy in resolving their disputes by keeping the conflict in confidence.

However, the act has not adopted all of the Model Law’s provisions. In addition, it is pertinent to note that Bangladesh is a party to the 1958 Convention on the Recognition and Enforcement of Foreign Arbitral Awards (the New York Convention).

While the above-mentioned grounds are provided to check inappropriate arbitral awards, they also offer ample scope for Bangladeshi courts to frustrate the execution of foreign arbitral awards by interpreting them too broadly.

Although the idea behind arbitration is to avoid the need for litigation through local courts, such clauses are not supposed to replace the courts’ role in their entirety. The necessity of court intervention becomes crucial where a matter is urgent and requires immediate attention. For example, a court’s intervention is imperative when a party refuses to comply with any order of the arbitral tribunal, or when one of the parties needs immediate relief, and there is no arbitral tribunal yet in place.

Such judicial intervention generally happens under section 7A of the act, which states that Bangladesh courts may take any interim protective measures that may appear reasonable or appropriate before or during the continuance of arbitral proceedings, or until enforcement of any domestic or foreign arbitral award.

But section 3 of the act has caused considerable confusion in the local arbitration scene. In the case of HRC Shipping v MVX-Press Manaslu and Others, the high court division of the Supreme Court of Bangladesh opted for a wide interpretation of the term “place … in Bangladesh” under section 3. Its view was that the act was prepared, in the spirit of establishing a uniform legal framework, for the fair and efficient settlement of disputes arising in international commercial arbitration, as embodied in the Model Law.

In contrast, in a later judgment delivered in STX Corporation v Meghna Group of Industries, another bench of the high court division espoused a literal construction of section 3(1).

In support of such an interpretation, the high court division cited the case of Unicol Bangladesh v Maxwell, where the appellate division of the Supreme Court stated that section 3(1) is limited in application as to arbitration being held in Bangladesh.

Thus, it can be seen that the Bangladeshi courts have come to conflicting decisions on determining the scope of the act, namely section 3. The ruling in the STX Corporation case confirmed that the Bangladeshi courts are unable to issue any interim relief, even to support the arbitration process, if the arbitration does not take place in the country. On the contrary, the HRC Shipping case earlier took a more liberal view of section 3 and held that it would apply even where the place of arbitration is outside Bangladesh.

These contrary views and interpretations have caused considerable uncertainty and anxiety for foreign investors involved in cross-border arbitration proceedings with Bangladeshi companies, as it is unclear what assistance the Bangladeshi courts might give to such proceedings.

The issue of the scope of the act arose again in the fairly recent 2019 case of Southern Solar Power and another v Bangladesh Power Development Board and others, where the high court division has set the current and latest trend.

In the Southern Solar case, in stark contrast to the views laid down in the STX Corporation case, the high court division went back to the position taken in the HRC Shipping case – ruling that it is well competent to entertain an application under section 7A, even in relation to arbitration taking place outside of Bangladesh.

The high court division stated that the wording of section 3 does not seek to oust its jurisdiction in relation to foreign-seated arbitrations. In the absence of any use of any prohibitory language, the relevant provisions of the act may be applicable.

The observations as given in the Southern Solar case appear to be a bold and intrepid move from the more conservative and restrictive view taken in the STX Corporation case.

Foreign investors and the international community can therefore take great comfort from the Southern Solar decision. In line with this case, it is expected that the legislature may also take steps to amend the Arbitration Act to remove any existing uncertainty. 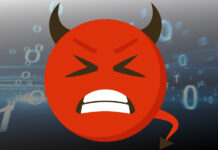 Asian law firms eye global expansion
Japan is a key strategic partner for Brazil in Asia. The official ties between the two countries can be traced back to the signing of the Treaty of Friendship, Commerce and Navigation in 1895