The pandemic’s impact on local economies has provoked a significant increase in disputes arising from commercial tenancy contracts since 2020, disrupting an expansion of shopping centres in most first and second-tier cities that has surpassed some developed economies in recent years.

This article summarises the practice of the Shanghai International Arbitration Centre (SHIAC) in handling relevant disputes, although this should not be deemed as any legal opinion of the SHIAC or its arbitration in particular cases.

The SHIAC accepted 221 cases involving commercial tenancy contracts from 2019 to 2021. The pandemic’s impact was immediate in 2020, with a 60% rise in cases compared to 2019. The trend was especially noteworthy from April 2020, mainly due to a large number of tenants unable to pay their rents.

From the perspective of parties involved, disputes between corporate entities accounted for 84.3% of cases, which is also more in line with the general characteristics of commercial tenancy disputes. The remaining 15.7% of disputes were between natural persons and corporate entities – mainly between individual operators and large supermarkets or small and medium-sized shopping malls regarding the lease of retail stores.

In terms of the amount in dispute, the number concerning less than RMB1 million (USD157,000) accounted for about 20%, mostly between natural persons and legal persons, while 70% were between RMB1 million and RMB50 million – mainly related to leasing of commercial office buildings or stores in large shopping malls. About 10% with a disputed amount of more than RMB50 million mainly arose from leasing of entire commercial buildings with large shopping malls or supermarkets, with annual rents in the tens or even hundreds of millions of renminbi.

In terms of the types of disputes, the most frequent breach of contract by the tenant was non-payment of rents and other fees, followed by failure to perform specific contractual obligations. For example, some shopping malls would contractually agree on the opening date and length of the tenant’s opening in order to ensure the overall opening rate, and there was no intention to continue to perform the contract due to changes in business strategies and other reasons.

The most common breach of contract by lessors was that leased property did not meet standards agreed in the contract, or the specific purpose of the tenant. For example, the property had not obtained a fire permit, or was not designed and constructed in accordance with the tenant’s requirements. Following that was the lessor’s failure to properly perform property management services, resulting in losses to the tenant. For example, accidents such as burst water pipes and fires during the lease period resulted in losses to the tenant.

From cases received by the SHIAC, disputes of commercial tenancy contracts generally involved three typical issues: (1) determination of contract cancellation; (2) calculation of rents and other expenses; and (3) calculation of damages for breach of contract.

The legal points and considerations in these issues are briefly summarised below.

In one case, the tenant filed a rescission and claim based on the lessor’s failure to provide a property that met its specific requirements, rendering its contractual purpose unfulfilled. The tenant leased the property for the purpose of opening a cinema, including an IMAX hall. Both the parties agreed in detail on the length, width, height and internal space requirements of the IMAX hall in the contract.

Later, as the delivered property did not meet the standards of this IMAX hall, the tenant claimed cancellation of the contract and compensation for damages. The arbitral tribunal found that the lessor’s conduct constituted non-performance of the main duties before expiration of the performance period, which made it impossible for the tenant to achieve the purpose of the contract – and accordingly ruled to terminate the contract.

In this case, the parties had made a clear and unambiguous agreement in the contract regarding delivery standard of the IMAX hall, which provided a clear basis for the tribunal to decide whether the purpose of the contract was achieved.

Therefore, to be in a more favourable position in the event of future disputes, when commercial parties have special requirements regarding use of leased properties, it is recommended to make them as clear as possible in the contract.

Regarding the second issue over calculation of rents and other lease expenses, in most circumstances the lessor and tenant agree on rents, management fees, utilities, service charges and other expenses for the duration of the contract as contract terms.

In the event of dispute, if the lessor files a legal claim on grounds that the tenant owes the above-mentioned expenses, it is recommended to fully consider whether the claimed amount has a contractual basis, whether the lessor has taken effective derogation measures, and whether there are objective reasons for reducing or waiving part of the expenses.

Usually, in the case of breach of contract by the tenant, as long as there is a clear agreement in the contract on the above-mentioned related fees, the arbitral tribunal will tend to support the lessor’s claims. However, fees claimed by the lessor are at the same time subject to the rules of mitigation established by contract law – namely, that after tenant breach of contract the lessor is obliged to take timely mitigation measures, such as repossession of the premises, termination of the contract and sub-letting of the premises to prevent greater loss. Otherwise, the lessor may not be able to claim against the tenant for any expanded loss.

In addition, the tribunal is likely to take into account policies of relevant regions and specific circumstances of the tenant when claiming reduced partial rents and fees, for example due to the impact of the pandemic, or other reasons not attributable to the tenant. The arbitral tribunal will appropriately support these claims, given that the reduced rate is reasonable.

On the last common issue about the calculation of liquidated damages, the arbitral tribunal will generally give respect to the contractual agreement of the parties on calculation of liquidated damages, or damages for breach of contract. For cases where no agreement has been made, the arbitral tribunal will make a decision based on deference to the basic logic of commercial tenancy transactions, combined with the principle of filing losses under the Contract Law.

For loss of subletting, vacancy and occupation of premises after contract termination, the lessor is recommended to provide evidence of the reasonable period of vacancy, and criteria for calculating the cost.

For losses arising from late delivery of leased property or non-conformity of delivered property – such as loss of business profits due to late opening – attention needs to be paid to whether the tenant has submitted sufficient evidence regarding its losses; and whether losses claimed by the tenant could or should have been foreseen by the lessor pursuant to the principle of the Contract Law? 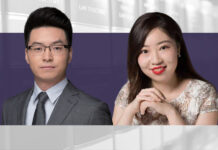