Generally, disputes of civil or commercial nature that can be adjudicated by a civil court can also be settled through arbitration, unless barred expressly or by necessary implication. It is now settled that certain categories of matters are out of the purview of arbitration, such as those that arise from, (i) a statute enacted in accordance with public policy to be dealt by public forums (e.g. consumer disputes), (ii) rights in rem (e.g. enforcement of mortgages) and (iii) matters for which special rights, remedies and exclusive forums are established by special enactments (e.g. the Securitization and Reconstruction of Financial Assets and Enforcement of Security Interest Act, 2002). The rationale for dealing with such matters in public forums is set out in various judgments, specifically, in the Booz Allen Hamilton Inc v SBI Home Finance (2011) case, which sets a benchmark in the subject of arbitrability of disputes arising out of the Transfer of Property Act, 1882 (ToPA), as concern mortgages.

There is no provision in ToPA barring arbitration, nor do the provisions or the scheme of the act imply that disputes are entirely incapable of arbitration and the applicability of arbitration does not contravene the purpose and intent of the act. However, matters relating to eviction and of rent and charges between landlord and tenant, licensor and licensee in Maharashtra are dealt under the Maharashtra Rent Control Act, 1999 (MRCA), which confers exclusive jurisdiction on the Small Causes Court and Competent Authority, with respect to certain “premises” as defined in section 7(9). Though open land leases are beyond the scope of the MRCA, the act falls within the ambit of section 41 of the Presidency Small Causes Court Act (Presidency act), which is pari materia with section 26 of the Provincial Small Causes Court Act, from which the Small Causes Court derives its jurisdiction.

Thus, an exclusive forum with exclusive subject matter exists under a special enactment in the form of the MRCA.

The MRCA is specially enacted to protect the interests of tenants, while ensuring fairness of returns to the landlords and is, therefore, subject to jurisdiction in public forums only. While the courts have time and again affirmed the exclusivity of jurisdiction under section 41, it has been argued and held that not all matters of lease, tenancy and license need to go to Small Causes Court (The Royal Bank of Scotland NV v Earnest Business Services Private Limited).

There are matters pertaining to refunds of security deposits in license, sharing of profits between lessor and lessee, claims for damages out of breach of terms of the agreement etc., which do not form a part of “rent or charges” and are not “related to recovery of possession of immovable property” as contemplated under section 41 of the Presidency act. Such disputes, affecting rights of parties inter se can be allowed to be privately settled by parties opting for arbitration. Even the case of Booz Allen has left open the scope of arbitrability in mortgage disputes, provided it does not pertain to the enforcement of mortgage.

The concept of bifurcating reliefs based on arbitrability, is not new to the courts and has been argued in the case of Trent Limited v Nanasaheb Govindrao Aher & Ors (2017), where relief for recovery of possession was held to be under the exclusive jurisdiction of the Small Causes Court, while reliefs pertaining to specific performances, arising out of lease deeds were held to be amenable to arbitration.

The question, therefore, is not whether matters under ToPA can or cannot be arbitrable, but whether such matters ought to be subjected to arbitration. Disputes that do not fall under the specific jurisdiction of the Small Causes Court and the MRCA and affect the rights between two parties only and do not contravene the purposes of the MRCA and ToPA, should be allowed to be resolved by parties privately through arbitration as, this will be in line with the spirit of arbitration, where party autonomy is paramount.

The issue is now ripe for consideration before the three-judge bench of the Supreme Court, in the case of Vidya Drolia and Ors. v Durga Trading Corporation, where one of the main issues is whether matters under ToPA are non-arbitrable and can be decided in public forums only. The reference is based on the judgment of Himangni Enterprises v Kamaljeet Singh Ahluwalia (2017), in which it was held that matters of eviction and rent of certain premises exempted under the Delhi Rent Control Act, 1958, can be governed by ToPA, and the Arbitration Act would, therefore, not apply to such premises without good reasons for holding so. We now wait for the Supreme Court to lay this issue to rest.

Supriya Majumdar is an associate at Vidhii Partners. 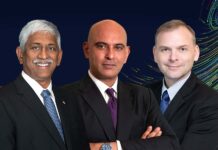 Pros and cons of foreign-seated arbitrations 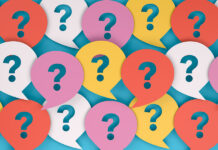 A celebration of excellence in corporate legal teams
Analysis: What propelled Air India’s return to Tata?