English
Our publications
Home Lexicon Any and All

The use of ordinary words in legal drafting can create difficulties, particularly where their interpretation is ambiguous (for examples of this, see China Business Law Journal volume 1, issue 5: “Shall” or “Must”? Words of Obligation; and China Business Law Journal volume 4, issue 1: May and may not). Difficulties can also arise as a result of the way in which the usage of words evolves over time. The language of legal drafting that was used 200 years ago is very different from the language that is used today, whether in Chinese or English.

The word “any” in English

As discussed in a previous column, a common – and often confusing – feature of English legal terminology is that two or more words are used to describe the same noun, adverb, adjective or verb. Often referred to as synonym strings, this practice has its roots both in traditional legal concepts and also in the way in which language was traditionally used (for a discussion of this practice, see China Business Law Journal volume 3, issue 7: Transfer or assign?).

An example of a synonym string or “doublet” in English is “any and all” as used in the following provision:

Any and all notices required or permitted to be given under this Agreement must be in writing.

If the provision commenced simply with “Any notices” or “All notices”, instead of “Any and all notices”, would the outcome be the same?

The reason why this question is relevant is that the words “any” can be interpreted to mean “all” or “any one” depending on the context. Of course, this may still lead to the same outcome in the above-mentioned example. But what about the following example?

The minister may appoint a person to any executive position at the commission.

The word fan (凡) in Chinese

The character fan (凡) has an interesting history. In modern Chinese usage, its most common meaning is “all” (凡是) or “every” (一切). It is also used to mean “ordinary” or “common” (平常, 普通) or to refer to an “outline” (要略) of something. For example, it appears in the compound fanli (凡例) to mean a guide to the use of something such as a book or, alternatively, a general rule. In some contexts, it can operate as a pronoun to mean “whoever” or “whatever”.

It is thus a very versatile word that can adapt its meaning to the context. Interestingly, the etymology or origin of the character fan (凡) is subject to debate. Some people believe that it originated from the Chinese word for “plate” (盘) and came to mean “any” or “all” for the reason that a plate could contain any and all things. Other people believe that it is the original character for the Chinese word for sail (帆). Still others believe that it originally referred to a stretcher-like object that was used by two or more people to lift things up.

Whatever the origin of the character, it has a long history of being used in the language of the law. In modern Chinese law, it is becoming obsolete and appears in relatively few provisions. Some examples appear below.

This Law is applicable to anyone who commits a crime within the territory of the People’s Republic of China, except as otherwise specifically provided by law.

This Law is also applicable to anyone who commits a crime on board a ship or aircraft of the People’s Republic of China.

A criminal who is sentenced to fixed-term imprisonment or life imprisonment shall serve his or her sentence in prison or in another place for carrying out the sentence. Anyone who is able to work must accept education and reform through labour.

Citizens of the People’s Republic of China are equal before the law.

The state shall respect and protect human rights. 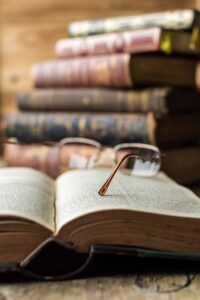 By comparison, the character fan (凡) appeared frequently in traditional Chinese laws and codes. One of the reasons why it appeared so frequently is that it was commonly used to identify a general rule that was subject to special exceptions. Many of these special exceptions were status-based or relationship-based in accordance with Confucianism. In other words, the way in which some legal provisions applied to a person depended on whether the person had a special status, or was in a special relationship relative to others.

The previous column (see China Business Law Journal volume 12, issue 10: Legal thought) discussed the work of the Dutch scholar of Chinese legal history, Professor van den Valk, and an article that he published in 1938 entitled “The Revolution in Chinese Legal Thought”. The article examines the legal reforms during the Republican Period and refers to the move towards the application of written law on a universal basis as a “revolution in Chinese legal thought”.

Of interest for the purposes of this column are the following passages from the article:

The importance of relationships, which so dominated the legal system, even undermined the idea of laws applicable to all without distinction, which is the essence of Western law. Thus the provisions of the old Chinese law began with the word fan, which meant that a general rule was being stated for cases in which no special relationship applied; for in principle the nature of an action was not defined by the law but by the relation in which one person stood to another…

The word fan, given as a general definition of offences, under the assumption that it would be modified in specific instances by the relationship to each other of the individuals involved, has disappeared from the legal texts.

This was a fascinating insight to me, as I had always assumed that the character fan in traditional Chinese legal provisions was used simply to mean “all” and I had not been aware of its use to refer to a provision that applied on a general basis and was subject to special exceptions.

Having discovered this insight, I thought it would be interesting to see if I could find evidence in traditional Chinese legal provisions to support it. One of the provisions in the Great Ming Code appears to provide evidence as follows:

(1) In all cases where crimes are committed jointly the person who formulates the plan shall be the principal. The penalty for accessories shall be reduced one degree.

The above English translation was taken from the book The Great Ming Code – Da Ming lü (translated and introduced by Jiang Yonglin in 2005). There are a couple of interesting points to note in relation to the translation and the provision itself. First, the author translates the character fan (凡) at the beginning as “In all cases”, even though it is clear from the second paragraph that there is a special exception in the case of families (and even within a family, there is a further exception if the most senior member of the family is 80 years or older or incapacitated).

Accordingly, a relevant question is whether a better translation of the character fan (凡) would be “in general” or “as the general rule”. Second, paragraph 3 of the provision makes it clear that if a special article refers to (or speaks of) “all” (皆), the distinction between principals and accessories will not apply. It appears that the character for “all” (皆) is used to refer to a rule that applies without exception whereas the character fan (凡) is used to refer to a general rule that is subject to special exceptions.

A former partner of Linklaters Shanghai, Andrew Godwin teaches law at Melbourne Law School in Australia, where he is an associate director of its Asian Law Centre. Andrew’s new book is a compilation of China Business Law Journal’s popular Lexicon series, entitled China Lexicon: Defining and translating legal terms. The book is published by Vantage Asia and available at www.vantageasia.com 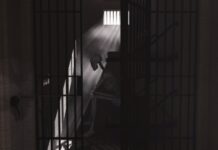 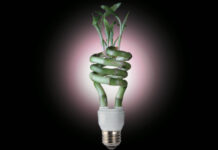 IP comes under the spotlight as China strives for innovation

A focus on innovation in the new five-year plan follows a year of legal change in intellectual property. By Colin Galloway