China’s antitrust probes into industrial giants have been widely reported, but what are the implications for other market players? Joanna Law explores the key risks

The anti-monopoly regulations and their enforcement are evolving in China, becoming more concrete and transparent. In the meantime, legal practitioners expect there will be more tightening of enforcement as the country actively probes into various influential market players. Moving forward, there will likely be more changes, enforcement activity, regulation and investigations to come.

“China’s Anti-Monopoly Law [AML] came into force on 1 August 2008. At the beginning, both antitrust public enforcement and private actions were not very active. But today there have been great changes in this respect,” says Deng Zhisong, a Beijing-based partner at Dacheng Law Offices.

Jiang Liyong, a Beijing-based senior partner at Gaopeng & Partners, agrees. “Antitrust enforcement now covers a broader range of areas. Anti-administrative monopoly investigations have also emerged,” he says. “Investigations into foreign enterprises have caught much attention, and the fines in those cases kept reaching new record highs. But domestic companies, including large state-owned enterprises, are also on the radar of antitrust investigation.” 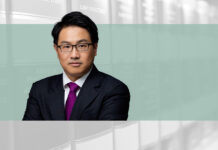