Home The wrap Alibaba debut a wave-maker for HK? Alibaba’s long-awaited secondary listing on the Hong Kong Stock Exchange (HKSE) late last year may now pave the way for a wave of companies to follow suit, a lawyer involved in the tech giant’s listing has said.

Significant listing reforms undertaken by the HKSE finally persuaded Alibaba Group to do a secondary listing closer to home, in a market it had shunned in 2014 when it chose NYSE as listing venue for its initial offering.

Hong Kong lost the mega listing of Alibaba back in 2014 due to the stock exchange’s refusal of the dual-class share structures, but the recent HK$88 billion (US$11bn) global offering by the Chinese e-commerce giant received an overwhelming response from investors.

Alibaba listed on the main board of the city bourse on 26 November 2019, and became the first Chinese internet company listed in both the US and Hong Kong.

One lawyer involved in the listing says Alibaba, which is now Hong Kong’s most valuable stock, may push other US-listed Chinese companies to follow suit and make a secondary offering in Hong Kong.

“The Hong Kong regulators have put in a tremendous amount of work in the past six years to bring Alibaba to its home market,” Chris Wong, a Hong Kong-based partner at Simpson Thacher & Bartlett, the legal counsel to Alibaba on US and Hong Kong laws, told Asia Business Law Journal.

“Alibaba’s listing on the Hong Kong stock exchange is the first listing under the new rules that were introduced in 2018 to attract some of the very best Chinese companies listed in the US to list in Hong Kong,” Wong said.

“The Alibaba listing has cleared the path for other companies to come to Hong Kong and benefit from full fungibility between the two markets, and potential access to a large pool of Chinese capital.”

A partner at King & Wood Mallesons, the legal advisers to the offering’s bookrunners, after the listing reform of the HKSE, said companies with weighted voting right structures were now allowed to list in Hong Kong. The new rules may help attract Fintech, biotech and other innovated firms to list in Hong Kong, including secondary listings of companies that are already listed on other stock exchanges.

Fangda Partners advised Alibaba on China law, while Maples acted as Cayman Islands legal counsel for the issuer. Freshfields Bruckhaus Deringer was the US and Hong Kong legal counsel to the joint sponsors and underwriters.

The proceeds from the global offering will be used for the implementation of Alibaba’s strategies of driving user growth and engagement, empowering businesses to facilitate digital transformation and improving operational efficiency, and continuing to innovate. 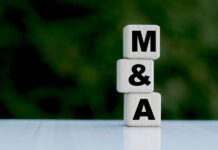