HKCCA president Lin Shi said the AGM was particularly significant as it voted on amendments to the Articles of Association, in addition to electing five new directors, adding, “I’m happy to report that all matters were approved and five directors were elected.”

Shi said the objectives that amendments were aiming to achieve included addressing succession planning, and compliance with the Alliance Agreement with ACC.

Succession planning has long been on the board’s agenda. “In the past, there were concerns about lack of membership interest to serve on the board, which resulted in some of the directors serving on the Board for over a decade,” said Shi. “We recognize that an organization needs new ideas from new people to change and grow. However, it would be a disaster if the entire board were replaced every two years.

“Under the current articles, all directors are up for election at the same time, and it is only due to various mid-term resignations that have coincidentally resulted in one-third of the board being up for election this year.”

Next year, 10 directors will be up for election, which may result in two-thirds of the board being completely new to the job. “To ensure that the board will at all times be made up of a balance of new and incumbent directors, we needed to stagger the board with one-third of directors being elected each year for a three-year term,” said Shi.

“Therefore we proposed to increase the directorship term to three years. The staggering will be implemented organically. Next year, there will be 10 vacancies on the board. Of those elected, they will arrange for five to voluntarily resign in 2020 (short of their three-year term) and either stand for re-election or retire. Thereafter, we will have our staggered board.”

Pursuant to the Alliance Agreement, the HKCCA has also created a nomination committee to evaluate director candidates. Other amendments were also aimed at raising corporate governance standards by instituting a minimum attendance requirement, raising the quorum requirement and the approval required for major decisions.

The association also revised membership eligibility criteria to align with ACC and formalize the standard and the full-membership levels. “Under the Alliance Agreement, all existing HKCCA members can renew as standard members with the option to convert to full members at any time,” said Shi. “Members joining after the alliance must join as full members. This flexibility allowed existing members the opportunity to enjoy the resources they always have, or upgrade to access more resources.

“Our hope is that once members have tried out the additional resources that ACC has to offer –such as Hong Kong legal guides, articles and webcasts covering a range of topics including employment law, data privacy/cybersecurity, IP, M&A, asset management, banking, foreign investments and corporate governance, an ACC Legal Operations Maturity Tool Kit and ACC Value Challenge Guides – they will convert their standard membership into a full membership.

Shi said feedback had been very positive and membership numbers confirmed this. The HKACC now has 940 members (Shi hopes to see 1,000 by the end of the year) of which 166 are full members (including 93 Global ACC members). As part of the alliance, ACC has also dedicated a senior staffer, Deon Wong, to help HKCCA with member and sponsor outreach. In the past nine months, Wong has met with more than 40 members and 30 sponsors. “The alliance has also brought us more financial stability and flexibility,” said Shi. “We have access to ACC global grants to fund projects that we believe are worthwhile, but do not have the funds for. One example is the HK Pro Bono Legal services Stakeholders Summit that we hosted.”

The five directors elected at the AGM were Beverly Chau, Davyd Wong, Gordon Chang, Grace Chang and Kit Wilson. Shi gave a vote of thanks to outgoing directors Eddie Bao, Jonty Lim, Loong Jia-wei and Raymond Goh for their services to the board. 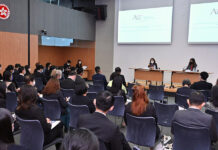 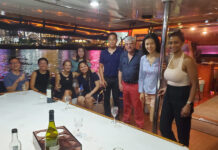 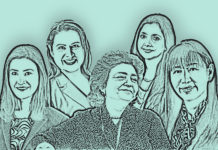 By Ashley Fife, Carey Olsen
How Japan is keeping its data protection regime sharp
The scandal that rocked the top branch of India's NSE