The Association of Corporate Counsel (ACC) Hong Kong organised a lunchtime seminar titled “Opportunities to Hong Kong’s legal and dispute resolutions sectors under the 14th five-year plan and the Greater Bay Area (GBA) development” at Justice Place on 14 December, with the Secretary for Justice of Hong Kong, Teresa Cheng, the guest speaker.

Cheng explained the different legal systems, and dispute resolution, in cross-jurisdictional transactions within the GBA, which comprises Hong Kong, Macau and the nine municipalities of Guangdong province in China.

“The Department of Justice is exploring the feasibility of allowing WOKEs (wholly owned Hong Kong enterprises) in Shenzhen to adopt Hong Kong law and choose for arbitration to be seated in Hong Kong,” said Cheng.

“With the game-changing interim measures arrangement with the mainland, parties to arbitral proceedings seated in Hong Kong and administered by one of the six qualified arbitral institutions are able to apply to the mainland courts for interim measures including property and evidence preservation,” she said.

“Thanks to the unique position under ‘one country, two systems’, Hong Kong is the first and only jurisdiction in the world outside of the mainland where this is possible.”

Cheng said the recent announcement of the establishment of the AALCO (Asian-African Legal Consultative Organisation) Hong Kong Regional Arbitration Centre has demonstrated the central government’s aim to strengthen Hong Kong as a centre for arbitration and other dispute resolution services.

She said the Law Reform Commission of Hong Kong, where she sits as chair, had recently published a report recommending that Hong Kong lift the prohibitions on using outcome-related fee structures (ORFS) by lawyers in arbitration places in and outside Hong Kong.

“This would greatly promote arbitration in Hong Kong,” said Cheng. “The recommendation will be passed to the government of Hong Kong, and we will see if this will be adopted and legislated.”

The event was moderated by Lin Shi, past president and director of ACC Hong Kong and head of IPO vetting at the listing department of Hong Kong Exchanges and Clearing. 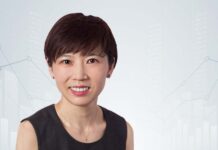 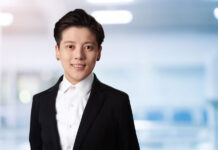