As Shaoxing Zhongfu and Jinggong Group defaulted on their payment for the financing product, Taihehui, the bond trustee, filed a lawsuit in their name against the issuer, Shaoxing Zhongfu, and the guarantor, Jinggong Group, on behalf of about 1,500 bondholders with a subject amount of RMB1 billion (USD158 million).

In this case, the trustee had no substantive rights to the bonds and, as the plaintiff, had no direct interest in the substantive rights involved in the case. The second challenge was inadequate legislation on PPN issuance. For regulation on standard corporate bonds (i.e. bonds filed with the National Development and Reform Commission, stock exchange and other institutions), the China Securities Regulatory Commission and the Securities Association of China have issued a series of normative documents setting out the statutory duty of bond trustees to bring a lawsuit as a representative.

However, the bond involved in this case was a non-standard corporate bond filed and issued in the local securities trading centre, with less regulatory oversight. In other words, the trustee’s standing to sue lacked a definite legal basis.

For the above-mentioned two core issues, the Shanghai High People’s Court (SHPC) initially came to a negative conclusion, holding that the trustee was not qualified as a plaintiff under the provisions and rules of the Civil Procedure Law and dismissed Taihehui’s suit.

Soon afterwards, Taihehui appealed to the Supreme People’s Court (SPC). Despite the ill-established legal foundations, the team presented a series of arguments in communications with the SPC over the debated issues, focusing on the characteristics of the financial industry and regulatory policies, the special nature of the transaction mode, matters on judicial resources and public interest, and analogous cases in the industry.

Eventually, the SPC affirmed the plaintiff’s view and revoked the first-instance ruling. The SHPC was appointed to hear the appeal, details of which can be found in Supreme Court Civil Ruling No. 1502 (2019). This ruling affirmed for the first time the trustee’s status as the subject of action in cases of non-standard corporate bonds.

In none of these cases, regardless of the type of bond in dispute, has the trustee’s standing to sue been denied. Therefore, the first-instance ruling of the SHPC sent a shockwave across the securities market, as well as investment and financing circles, sparking extensive discussion and concern on exercising the product holders’ rights within the industry. Several authoritative institutions paid close attention to the case and published research articles.

Adding to the complexity of this case is that in the course of the case nine affiliated companies including the defendants, Shaoxing Zhongfu and Jinggong Group, jointly entered into a bankruptcy reorganisation procedure. Therefore, Taihehui’s right of action as the representative, along with the bondholders’ separate exercise of creditors’ rights, including the declaration of creditors’ rights, participation in creditors’ meetings, and exercising voting rights, was called into question. While establishing the right of Taihehui to sue as a trustee, it was also necessary to balance the substantive rights and interests of bondholders as actual creditors in the bankruptcy reorganisation procedure.

During the case, the author’s team successfully elicited the SPC’s support for Taihehui’s claim with expertise and communicative efforts, despite the then shaky legal basis and a lack of precedents, even after the SHPC already ruled against the trustee’s right of action.

This case marked the first time the SPC explicitly affirmed the qualification of a non-standard bond trustee to file a representative lawsuit in the form of a ruling, filling a gap in the laws and precedents in this field and providing demonstrative guidance.

Subsequently, in July 2020, the SPC issued the Minutes of the Symposium on Bond Dispute Cases Heard by National Courts, which clarified the subject’s qualification of bond trustees for representative action, provided the legal basis for non-standard bond trustees to sue in their own name, and made special provisions on the protection of the rights of non-standard bondholders, including meeting resolutions, the right to reserve the decision on major issues, and membership of the creditors’ committee.

This case, to some extent, served as a benchmark with certain exemplary significance in promoting the development of China’s legal system. 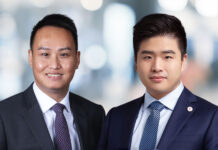 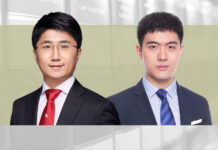