2011 was a tumultuous year for South African taxpayers. As usual, the Budget Speech in February announced significant tax law changes. These included clamping down on tax arbitrage in the form of dividends.

In this regard, South Africa’s tax system exempts dividends from normal tax. In terms of the dividend tax provisions which will come into effect in April 2012, such dividends will be subject to a withholding tax at the rate of 10%.

However, in terms of South Africa’s tax law, a full deduction is allowed for interest payments. This gives rise to tax arbitrage.

The 2011 tax legislation has been the most aggressive in terms of clamping down on such arrangements. Dividends which are ceded will in future not benefit from exemption from tax. In addition where a shareholder does not take equity risk, but has security over his shareholding in order to protect against undeclared or unpaid dividends, all dividends declared in respect of those shares will be taxable.

In the middle of 2011 the main inter-group rollover provisions were suspended with immediate effect. They were then “unsuspended” shortly thereafter, but now require pre-approval from the South African Revenue Service (SARS) in circumstances where an entity is obtaining an interest deduction as a consequence of the rollover transaction.

This is partly to prevent transactions whereby a company borrows money and buys a business from a group entity for cash. The seller then invests the cash in, for example, tax exempt preference shares.

The uncertainty caused by the suspension and then amendment to these provisions resulted in several proposed reorganization transactions being put on hold for periods of 2011.

The case which most impacted on 2011 was the CSARS v NWK Ltd case. The facts are complex however the message from the Supreme Court of Appeal is not.

It is simply that every transaction as well as every step of a transaction must have a commercial purpose. The court stated that:

“In my view the test to determine simulation cannot simply be whether there is an intention to give effect to a contract in accordance with its terms. Invariably where parties structure a transaction to achieve an objective other than the one ostensibly achieved they will intend to give effect to the transaction on the terms agreed. The test should thus go further, and require an examination of the commercial sense of the transaction: of its real substance and purpose. If the purpose of the transaction is only to achieve an object that allows the evasion of tax, or of a peremptory law, then it will be regarded as simulated. And the mere fact that parties do perform in terms of the contract does not show that it is not simulated: the charade of performance is generally meant to give credence to their simulation.”

The market has been trying to come to terms with what this means since it changes existing tax law principle. In particular the sham doctrine previously provided that, where the parties to an arrangement never intended to enforce the rights and obligations on the same basis that those rights and obligations were presented to others, then the form of the arrangement could be ignored and effect be given to the true intention of the parties.

In addition, the substance over form doctrine required the courts not to be bound by the label which parties gave to their agreement or to their subjective perception as to the nature of the agreement, but rather to determine the legal consequences of any agreement by having regard to the true nature of the rights and obligations agreed to by the parties.

After the NWK case, a further examination is now required as to whether there is a commercial purpose for a particular transaction or leg of a transaction.

A good year for SARS

In fact 2011 was a good year all round for SARS. It won a resounding victory in the Founders Hill case where it was held that a realization company did not hold property on capital but rather on trading account.

Tax practitioners are still debating whether and to what extent this overturns the existing tax principle that a company may act as a realization company for property held by another entity on capital account and essentially inherit the capital intention of the original entity.

The court held that a realization company is not of itself a defence to an attack by SARS that the sale of its assets gives rise to proceeds of a revenue nature. The court held that a realization company can hold assets as capital in the special circumstances set out in the Berea West case or where there is a need to protect the assets from the original holder.

The controlled foreign company rules have also been revised as SARS looks to simplify and consolidate existing rules relating to foreign companies and the circumstances in which income will be allocated from foreign subsidiaries to their South African shareholders.

Secondary tax on companies is being replaced by dividends tax from 1 April. Taxpayers are now gearing up for this change.

However, there is significant “grandfathering” allowed in that existing secondary tax on companies credits may be used to offset against any dividends tax liability even though the tax liability is that of a different party.

National Treasury should be commended for this concession which has assisted in a smooth transition from secondary tax on companies to dividends tax.

The Advance Tax Ruling Unit at SARS has had a busy year and has become an important roleplayer in the South African tax system. In particular, it has proven to be very approachable, commercial and helpful in its approach to tax problems and its ability to provide binding tax rulings has proved very helpful in circumstances where tax law is unclear on a particular point.

Peter Dachs is the director and joint head of tax at Edward Nathan Sonnenbergs. 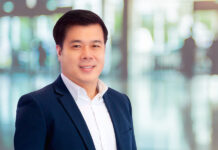 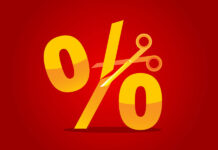 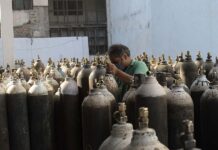