There is a great potential in India’s waste-to-energy industry, given the demand to resolve the mounting waste problems of India

India generates about 70 million tons of municipal waste every year. To tackle the ever rising menace of municipal solid waste, the government of India is encouraging setting up of waste to energy (WtE) projects throughout the country.

Indian Renewable Energy Development Agency estimates indicate that India has so far realized only 2% of its waste-to-energy potential. To date, the installed capacity of WtE plants in India is about 138.3MW. Niti Aayog, the government’s planning division, also has given a push to address the issue of municipal solid waste by WtE incinerators for bigger municipalities, and composting methods of waste disposal for small towns and semi-urban areas. It also suggested the establishment of a WtE Corporation of India (WECI) “to speed up the process of cleaning up municipal solid waste” through public-private partnerships (PPPs).

Just like China, a majority of the factors required for the growth of WtE plants are already present in India, such as: (1) a guaranteed market for electricity consumption; (2) huge municipal solid waste generation; and (3) large-scale urban development. Needless to say, China is the only country that has greater scale of urbanization and urban waste generation than India, so Chinese companies have an inherent advantage in this industry compared to even local players. Owing to this advantage, Chinese companies have already secured projects in several Indian cities to build and operate WtE plants.

WtE projects in India are built on PPPs. The most commonly used PPP model for WtE projects seen in India is Build-Own-Operate-Transfer. The developers enter into concession agreements with tendering agencies such as urban local bodies (ULBs) for collection and transportation of municipal solid waste to the plants, which is then used for energy generation. The electricity generated from the waste is then sold to the distribution companies by executing power purchase agreements (PPAs).

The development of WtE plants in India is at a relatively nascent stage and, like any new infrastructure project sought to be implemented on a large scale, this, too, has witnessed a few problems. A few issues that have been witnessed by the WtE developers in India are
listed below.

As pointed out above, setting up a WtE plant in India entails entering into two separate agreements, i.e., the concession agreement with a ULB and the PPA with power distribution companies. While it would be ideal that the provisions of both these documents be “back to back” (such that risks pass through from one contract to the other) so as to safeguard the interest of the developer, this is not the case. Major provisions in the documents such as dispute resolution, force majeure, changes in law, etc., are not back to back. While the concession agreement provides for restitution and a comprehensive change in law protection, the PPA only provides that the regulator would decide the compensation, and there is no guarantee provided for restitution.

The PPAs are not comprehensive and do not deal with issues such as deemed generation, termination compensation, etc., which are generally raised by the lenders. Another predicament is that the bid documents generally do not provide for a draft PPA, and the said document is provided by the distribution licensee to the successful bidder at a later stage, therefore there is little or no scope for negotiations.

There are no uniform documents that exist for the implementation of the WtE project. The terms and conditions under the documents, i.e., the concession agreement and the PPA, may vary from state to state. From a legal perspective this means that a risk analysis undertaken for one project might not be suitable for another project.

All the above challenges can be mitigated to a large extent if a prospective bidder undertakes extensive legal due diligence and analysis of the project documents before submitting a bid. Government bodies will be more willing to engage with potential bidders if there is involvement of professional advisers at an early stage.

The Indian government has recently acknowledged the potential of WtE plans to resolve the mounting waste problems of India. Initiatives are being undertaken to address the bankability issues in the PPAs, and investors are being encouraged to invest in WtE projects. The government is also taking steps to introduce more detailed policies and guidelines governing WtE projects.

As the regulatory framework develops and more financial institutions increase their lending to this industry, the authors expect the risk profile of WtE projects to improve significantly. Chinese companies will also extend their competitive advantage in this industry if Chinese financial institutions and banks support their efforts through competitive financing terms. Moreover, just as with other infrastructure sectors like roads and renewable energy, creating a portfolio of multiple projects might be a more sustainable path to profitability, rather than restricting exposure to only one or two projects at a time.

Dinesh Pardasani is a partner at Link Legal India Law Services. He can be contacted on +91 98 10079992 or by email at dinesh@linklegal.in 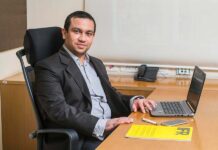 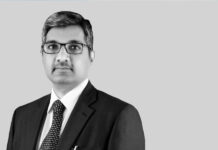 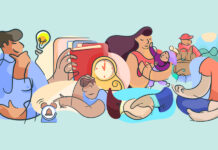