In a recent case with far-reaching consequences, the Delhi High Court has stated that sexual harassment at the workplace also includes such acts committed outside the physical office premises.

In Saurabh Kumar Mallick v Comptroller & Auditor General of India & Anr, Mallick, the director (administration) of National Audit and Accounts Service in Shimla, was allegedly drunk when he entered the room of a female officer in Glen Officer’s mess and sexually assaulted her in 2007.

Subsequent to the filing of a first information report (FIR) by the female officer, and the reporting of information gathered by senior officials about the alleged misconduct, disciplinary proceedings on the charge of sexual harassment at the workplace were instituted. An enquiry committee was appointed, and Mallick was placed under suspension with immediate effect. A criminal case was also instituted. 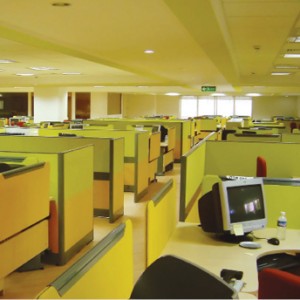 Dissatisfied with the work of the enquiry committee, Mallick approached the Central Administrative Tribunal (CAT) to quash the suspension order, contending that the alleged misconduct could not be categorized as sexual harassment at the workplace, since the incident occurred in the official mess where the female officer was residing. He also applied for a stay of departmental proceedings while the criminal case was pending.

The CAT disagreed with the director’s reasoning, and refused to stay the departmental enquiry. The question before the high court was whether the location of the incident could be treated as the “workplace” of the complainant, as defined under rule 3(c)(i) of the Central Civil Services (Conduct) rules. This rule mandates that a government servant shall not indulge in any act of sexual harassment of any woman “at her work place”.

The court analysed the guidelines laid out by the Supreme Court in the judgment of Vishakha v State of Rajasthan & Ors (1997), which were to be followed by all employers in relation to the prohibition of sexual harassment at the workplace. The court observed that although the guidelines did not provide a specific definition, the term “workplace” in its general context refers to a place where employees work, and where active work (whether temporary or permanent) is being conducted in connection with a business.

Determining whether the location of the incident could be said to be a workplace depended upon the proximity of the location to the place of work, and the employer’s control or management of the employee’s residence. Adopting “progressive societies jurisprudence”, the high court held that the official residential complex fell within the ambit of “workplace”, since the employer’s control over the residence (as a contiguous part of the place of work) was absolute.

The court also rejected Mallick’s application for a stay of departmental proceedings while the criminal case was pending, since the standards of proof in the two proceedings were different. A criminal case is conducted in relation to an alleged offence, whereas disciplinary proceedings are undertaken to investigate alleged misconduct.

This progressive judgment clearly deviates from the traditional concept of sexual harassment at the workplace, and broadens the scope of “the workplace” to include areas not previously considered.

The update of court judgments is compiled by Bhasin & Co, Advocates, a corporate law firm based in New Delhi. The authors can be contacted at lbhasin@bhasinco.in, lbhasin@vsnl.com or lbhasin@gmail.com. Readers should not act on the basis of this information without seeking professional legal advice.

Can the Startup India Seed Fund Scheme be a game-changer?

IP practitioners warn of dire consequences as Intellectual Property Appellate Board gets the chop
Will a ‘bad bank’ deflate the NPA bubble plaguing India’s financial sector?
explaining how to navigate setting up a vaccination facility for your employees

Can third-party financing tip the scales for litigation?
SPACS have generated tremendous interest in India, but they are not always a practical alternative to IPOs
The definitive A-List of the country’s legal profession
What lawyers are doing to provide covid relief – and how you can help
Please send any press releases, deal announcements, details of new hires, newsletters and any other news items to: news@law.asia