The second paragraph of article 23 of the Maritime Procedure Law specifies that the maritime court may arrest another vessel in the possession, at the time of the arrest of the vessel in question, of the vessel owner, bare boat charterer, time charterer or trip charterer liable for the maritime claims, i.e., arrest a sister vessel of the vessel in question. However, article 111 of the same law additionally specifies that registration of claims may only be carried out for claims that relate to the vessel that is to be auctioned off, so as to participate in the distribution of the proceeds derived from the auction.

This is to say that a maritime claimant applying for the arrest of a sister vessel will not be entitled to receive payment from the proceeds derived from the auction of such vessel because its claim is unrelated to the vessel being auctioned off. For this reason, prior to the implementation of the vessel arrest provisions, certain maritime claimants were usually reluctant to apply for the arrest and auctioning of sister vessels.

However, the second paragraph of article 22 of the vessel arrest provisions resolves this issue. It expressly provides that when a maritime claimant that has applied for the arrest of a sister vessel applies for the auctioning of the vessel, it may participate in the distribution of the proceeds from the auction, but its payment ranking will fall after the claims related to the vessel. Maritime creditors not only can have the vessel in question arrested and auctioned off, and receive payment from the auction proceeds, but may also have the sister vessels in the possession of the debtor arrested and auctioned off, and receive payment from the proceeds of that auction.

Guarding against, and responding to, risks

A financial leasing company should carefully consider risk prevention from the following aspects. First, increase the requirement for security from risky charterers. Second, before a transaction, more carefully review a charterer’s creditworthiness and operating capacity, and select reputable companies with strong operating capacity as partners, to minimize and guard against the risk of arrest and auctioning due to failure by a charterer to pay a debt.

Third, post-charter management and monitoring of charterers needs to be strengthened, requiring them to regularly report on the company’s business position and operation of the vessels. If a potential debt is discovered, require the charterer to promptly deal with and discharge the same. Fourth, include such terms in the financial leasing contract as requiring a charterer to undertake that, when the vessel is arrested, it will take all measures to have the vessel released, including providing security or reaching a settlement with the creditor. Fifth, where there are multiple vessels under the name of the financial leasing company, establish single ship companies or special purpose vehicles to register each vessel separately, to prevent vessels under different projects being mutually implicated.

Sixth, if a sister vessel to a vessel of a certain project is arrested in connection with a debt arising during the period of operation of the project vessel, procure the project charterer to take all measures to have the sister vessel released, including providing security or reaching a settlement with the creditor. Additionally, it should be expressly provided in the financial leasing contract that the charterer is not only required, when the chartered vessel is arrested, to take measures to have the vessel released, but it is also responsible, when another vessel owned by the renter is arrested due to a reason attributable to it, for taking the measures necessary to have that vessel released and to compensate for the losses incurred by the renter as a result.

Finally, the “fuse protection” mechanism needs to be strengthened. Once a vessel is arrested, the financial leasing company should have the right to promptly terminate the contract and declare all of the unpaid rent due and payable, thereby making it eligible to participate as a creditor in the distribution of the proceeds after auctioning of the vessel. This bestows greater priority and is more beneficial than the status of vessel owner.

In practice, a “fuse” has an additional layer, namely, it disengages the financial leasing company from the debts of the vessel, thereby protecting it from being the target of a legal action, even preventing the arrest of the sister vessels under its name. This, however, is difficult to achieve at times, as although the financial lease contract has been terminated, the registration of the bare boat charter with the Maritime Safety Administration is difficult to cancel without the co-operation of the charterer. However, the renter’s right to terminate the contract will be recognized in a legal action.

In short, a financial leasing company should take measures to respond to the special risks arising from the arrest of vessels, as well as appropriately update the standard contracts that it routinely uses, adding more precautionary terms. 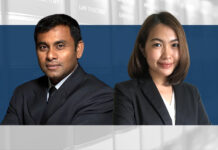 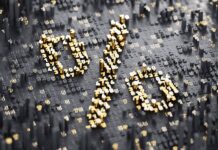