The area of intangibles in the context of transfer pricing has long been regarded as one of the major battlefields by tax authorities and multinational enterprises worldwide.

The topic has also given rise to some of the most prominent international court cases on transfer pricing, such as the GlaxoSmithKline case in the US, which, with a purported settlement amount of US$4 billion, is widely regarded as the largest transfer pricing case ever settled.

In July 2010, the Organization for Economic Cooperation and Development (OECD) made a major revision to its Transfer Pricing Guidelines for Multinational Enterprises and Tax Administrations.
Transfer pricing pertaining to intangibles was identified as one of the key areas of concern, due to insufficient international guidance in particular on the definition, identification and valuation of intangibles for transfer pricing purposes.

While many of the issues addressed in the 2010 revision of the Transfer Pricing Guidelines are relevant to intangible transactions, chapter VI, which contains special considerations for intangible property, and chapter VIII, which contains guidance on cost contribution arrangements, date back to previous revisions of the Transfer Pricing Guidelines in 1995 and are, therefore, in need of updating to bring them into line with today’s business environment and transfer pricing practices.

The OECD has acknowledged the need for an update of chapters VI and VIII.

It is important to note that WP6 TPI is open to all interested member countries and to non-member countries with observer status in working party number 6, such as South Africa.

Scope of the project

According to the scoping document released by the OECD on 27 January, the WP6 TPI will focus on a number of different aspects.

First, it will aim to develop a framework for the analysis of intangible-related transfer pricing issues, similar to the multi-step framework developed for conducting a comparability analysis set out in paragraph 3.4 of the Transfer Pricing Guidelines. The intention is not to develop a prescriptive process, but rather to provide a typical, non-compulsory process, the use of which will be regarded as an accepted code of practice.

Second, WP6 TPI will consider the definitional aspects relating to chapters VI and VIII of the Transfer Pricing Guidelines, including what factors should be considered in deciding whether or not an intangible is used or transferred and if so, how it should be remunerated at arm’s length.

Third WP6 TPI will also focus on certain specific issues involving intangibles, such as research and development activities, the differentiation between intangible transfers and services, the correct identification and valuation of marketing intangibles, cost contribution agreements, or the right of an enterprise to share in the return from an intangible where it is not the legal owner of the intangible but might have some form of economic ownership of the intangible.

Last but not least, the scope of the project also includes the development of further guidance regarding the valuation of intangibles. In this regard, it is not expected that any specific new guidance on the selection and the application of the five OECD-recognized transfer pricing methods (that is, the comparable uncontrolled price method, the cost plus and resale price methods, the transactional net margin method and the profit split method) in the context of intangibles will be developed, as the fiscal committee is of the view that the guidance in chapters I and III on comparability is broadly adequate and sufficient for application in the context of intangibles.

Instead, WP6 TPI will consider the extent to which financial valuation methods (and in particular the discounted cash flow method) should be given greater recognition in the Transfer Pricing Guidelines.

Exclusions from the scope

It is important to note that the scope of the project only relates to the examination of transfer pricing aspects of transactions involving intangibles between associated enterprises (i.e. in the context of article 9 of the OECD Model Tax Convention). It will not include a discussion of intangible dealings or the attribution of economic ownership of intangibles to a permanent establishment in the context of article 7.

In line with the standard OECD approach, WP6 TPI will invite business representatives to participate in its discussions and intends to release a discussion draft for public comment by the end of 2013.

Jens Brodbeck is a tax executive at Edward Nathan Sonnenbergs 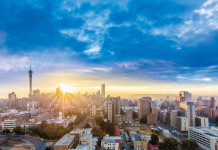 South Africa and China: co-building the Belt and Road 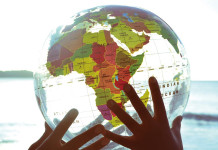 Part one on the continent’s longstanding partnership with China 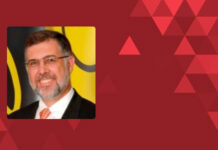