Port construction is closely connected to a country’s politics, economy and trade, and changes in the external environment will directly affect decision making on port investments. On the other hand, as the construction period and payback period are relatively long, the possibility of various uncertainties arising increases and the stability of the projected returns decreases. This column will discuss preliminary
suggestions for risk prevention.

Force majeure. The requirements of ports regarding natural conditions are stringent, with wind direction, precipitation and sea conditions greatly influencing port operations, and in times of war, port cities can even become military targets. Prevention is key in the case of force majeure risks, and accordingly, careful thought is needed when choosing the location. The project company may also take out property insurance to shift risk onto the insurer.

Political risks. These include political instability, government confiscation or forced acquisition of the project, premature revocation of the project company’s concession, changes in tax policies or import-export restrictions. Political risks are beyond the control of the individual or an enterprise so prevention is the best policy. First, even if the profit rate is high, it is better to avoid constructing a project in a country or region where political risks are great. Second, when entering into the agreement, the private party should strive to procure the provision of security by the local government against political risks such that, if a political risk arises, the government will bear the majority of the losses. This is because a port construction project is unlike a pure commercial project in that a port, as an international logistics platform and a base for the entry and exit of foreign vessels, has a foreign element and impinges on the sovereignty of territorial waters and the economic security of the state. Accordingly, the political sensitivity of a government to a port project may be greater than for the construction of other infrastructure.

Economic risks. First, the project company should consider executing financing and loan agreements with the government and banks in an effort to fix the interest rates within a reasonable range, to pass on part of the interest risks. Second, the construction period for a port is relatively long, causing greater effect of exchange rates and inflation. When executing the concession agreement with the government, the project company may propose that pricing be done in a hard currency and that settlement be carried out at the exchange rate in effect at the time of settlement. The project company may also consider a price agreement with the government so that when inflation arises the company can suitably increase port charge rates.

Social risks. Social risks mainly arise from customs and practices, public security, and cultural and social awareness in the place where the port is located. Where the BOT model is to be used, consideration can be given to localization, i.e. giving priority to local private capital and allowing locals to participate in the port’s construction, operation and management, thereby increasing acceptance of the port and adapting to the local customs and practices.

Construction. These risks mainly refer to delayed approvals, extension of the construction period, cost overruns, failure to meet targets projected at the time of design after the project comes on stream, failure to commence operations on schedule, or failure to achieve production targets, resulting in the insufficient cash flow for production and inability to repay debts on time.

In the BOT model, the government, through an invitation of bids, has selected a qualified contractor and transferred a large portion of the project construction risks onto the private party. If conditions permit, the contractor may subcontract works that it would have difficulty in completing, but that do not involve the main project, so as to spread the risks. Raw materials required in large quantities during construction may be purchased from different suppliers to avoid the risk of any one supplier failing to supply on time or increasing its prices. Project insurance for the construction period may be purchased to shift onto the insurer equipment, personal safety and other such risks.

Processes, advanced technology and equipment should be used to the greatest extent possible to minimize waste of resources. At the project preparation stage, the project company should focus on strengthening the project feasibility analysis, and duly carry out analysis management work when selecting the port’s site and hinterland, and its projected future returns. 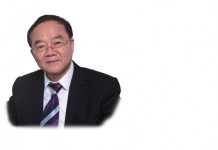 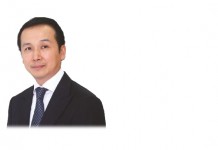