The position as to availability of central value-added tax (CENVAT) credit of duties paid on goods used for putting together the active infrastructure is settled in favour of the telecom players. However, the admissibility of CENVAT credit of duty paid on towers/BTS cabins is a bone of contention between the telecom companies and revenue authorities. The issue is whether goods constituting the passive infrastructure qualify as “capital goods” or “input”, enabling assessees to take credit.

Two judgments on the issue in August, by Bombay High Court in Bharti Airtel and the Mumbai Bench of the Customs, Excise and Service Tax Appellate Tribunal (CESTAT) in GTL Infrastructure, have failed to resolve this controversy.

The high court ruled that goods constituting passive infrastructure such as towers, BTS cabins, etc., did not qualify either as “capital goods” or “input” because: (i) the definition of capital goods provided in rule 2(a) of the CENVAT Credit Rules, 2004, did not cover such goods; and (ii) such goods being fastened and fixed to earth for installation became immovable property and could not be treated as “excisable goods” and thus did not qualify as “input”. The court observed that the towers were capital assets but not capital goods. Thus, credit of duty paid was not admissible to the assessee – a company rendering “telecommunication services”, and paying service tax. The court considered and agreed with a circular from the Central Board of Excise and Customs, dated 26 February 2008, which clarified that CENVAT credit on towers and BTS cabins is impermissible to telecom operators (service providers) on the above basis.

The court distinguished the facts from those in the case of Sai Samhita Storages (2011, Andhra Pradesh High Court), where credit was permitted on cement and thermo-mechanically treated (TMT) bars that were used to build a storage facility. The reasoning in that case was that without such a facility, taxable services of warehousing could not have been provided. Andhra Pradesh High Court observed a direct link between the setting up of the facility (and goods used for that purpose) and the provision of (taxable) warehousing services.

Bombay High Court, in contrast, concluded that towers and BTS cabins were not directly used for providing telecom services by the assessee, which was the key prerequisite for availment of credit.

The tribunal considered the definition of the term “input” (prior to an April 2011 amendment), as goods “used for providing any output service”. Explanation 2 of the definition clarifies that input includes goods used in the manufacture of capital goods which are used in the factory of the manufacturer but does not include cement, TMT bars and other specified construction materials.

The tribunal observed that explanation 2 did not apply as the appellant was a service provider and not a manufacturer. The tribunal further noted that the towers/BTS cabins, etc., were used by the appellant for providing services, i.e. providing usage of passive infrastructure to telecom service providers (under the taxable category of business auxiliary service). Therefore, CENVAT credit could not be denied.

The significant aspect emerging from the above judgments is the theory of direct linkage of input with the provision of (taxable) output services. Interestingly, these judgments have not considered the tribunal’s decision (and elaborate views) in the case of Mundra Port & Special Economic Zone Ltd (2009), which upheld denial of credit of duty paid on cement and steel used for construction of a jetty which was used by the assessee for providing (taxable) port services. An appeal against this decision is pending in the Supreme Court.

Ranjeet Mahtani is an associate partner and Rajat Chhabra is a senior associate at Economic Laws Practice. This article is intended for informational purposes and does not constitute a legal opinion or advice. 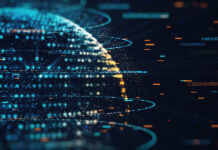