The tussle between the two regulators which we discussed in this column in March is now turning into a full blown legal battle. This is not just a turf war – rather it is about protecting the interests of financial consumers.

SEBI has rejected arguments made by insurance companies that the structure of mutual funds is different to ULIPs. It said that the structure of the entity is immaterial for compliance with section 12(1B) of the SEBI Act, 1992. The “trust” structure is therefore not a condition that needs to be met to comply with this section, though it is a requirement for registration as a mutual fund. SEBI’s primary contention is that the substance and spirit of the SEBI Act and regulations framed under it emphasize investor protection which holds regardless of the nature or structure of the product.

However, the Insurance Regulatory and Development Authority (IRDA) rebuffed SEBI’s order and asked insurance companies to continue selling ULIPs. The matter is proposed to be settled in an appropriate court with intervention from the Finance Ministry.

SEBI’s mandate is to protect the interests of investors in the securities market while the IRDA seeks to regulate, promote and ensure orderly growth of the insurance business in the Indian market. The two regulators’ paths infrequently cross while carrying out their respective mandates. Disputes arise where products have components that fall within the jurisdiction of both regulators.

An uncharitable view could be that SEBI is doing this to level the playing field after curtailing mutual funds from paying lavish commissions. However, it cannot be denied that if SEBI succeeds then financial consumers will benefit immensely. The current marketing strategy for ULIPs is akin to a retiree who is looking to place deposits (read term insurance) being sold equity-linked notes without principal protection (read ULIPs where 60% or more of the premium is towards market investment). Further, agents get 50% or more of the first premium as commission whereas in term insurance it may not even be in double digits. Ironically the biggest loser may be the bancassurance model.

The high level coordination committee (HLCC), which coordinates the functioning of various financial sector regulators could have publicly backed SEBI’s objective-based approach regarding investor protection in financial products irrespective of the nature of the issuer of the concerned financial product. Conversely, the HLCC could have publicly backed the IRDA’s function-based approach. However, the HLCC seems to act as a platform to facilitate a forum on market-wide issues and, perhaps based on consensus, flag areas that need regulatory actions. Given its very nature, it has, at best, an advisory standing.

The Raghuram Rajan Committee on financial sector reform suggested setting up a council at the helm of all regulators. On the basis of this committee’s report, the government announced a proposal to set up a Financial Stability and Development Council (FSDC). This council, to be headed by the finance minister, will among other things address and resolve regulatory conflicts.

The UK, Australia, Hong Kong and Japan have all put in place a super-regulator model. In Australia both the securities market and the insurance sector fall within the domain of the Securities and Investment Commission. The UK established the Financial Services Authority (FSA) in 2000, which regulates the entire financial services sector. However, the effectiveness of this regulatory model is debatable as questions have been raised about the role of the FSA in preventing market failure in the UK during the global financial turmoil.

Although having a super-regulator could result in the concentration of power, it may also reduce the focus on each sensitive sector. The FSDC would be headed by the finance minister, which would increase government intervention in the functioning of financial sector regulators. It would also lead to the duplication of functions.

Converting the HLCC into the FSDC would be a far better approach as it would build upon the otherwise good work done by the HLCC till date. It will also provide teeth for the settlement of a regulatory arbitrage/turf war in an efficient, closed doors manner. 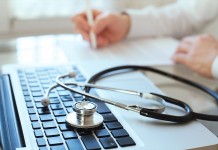 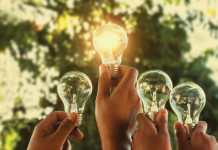