Patent prosecution system for inventions, utility models and industrial designs. Philippine law provides patent protection for 20 years from date of filing for “any technical solution to a problem … which is new, involves an inventive step and is industrially applicable”. Exclusions from patent protection brought about by the Universally Accessible Cheaper and Quality Medicines Act of 2008 are: discoveries, scientific theories and mathematical methods; new forms or new property of a known substance without concomitant enhancement of the known efficacy, new property or new use for a known substance, or use of a known process unless a new product results and at least one new reactant is utilized.

Under the Cheaper Medicines Act, clarification was provided that “salts, esters, ethers, polymorphs, metabolites, pure form, particle size, isomers, mixtures of isomers, complexes, combinations and other derivatives of a known substance must be considered to be the same substance unless they differ significantly in properties with regard to efficacy”. Schemes, rules and methods of performing mental acts, playing games or doing business, and programs for computers, methods of treatment by surgery or therapy and diagnostic methods practised on the human and animal body, and plant varieties or animal breeds or essentially biological processes for production of plants or animals are excluded from patent protection, based on the Intellectual Property Code of the Philippines. Patent applications undergo substantive examination and a request should be filed with payment of the required fees within six months from the date of publication.

Industrial design is defined as “any composition of lines or colours, or any three-dimensional form, whether or not associated with lines or colours … such composition or form gives a special appearance to and can serve as a pattern for an industrial product or handicraft”. Novelty is a requirement for industrial designs, and designs “dictated essentially by technical or functional considerations to obtain a technical result”, or those contrary to public order, health or morals must not be protected. An industrial design registration must have a five-year term of protection, renewable for not more than two consecutive five-year periods.

Patent Co-operation Treaty membership. In 2001, the Philippines became the 112th member-state of the Patent Co-operation Treaty (PCT). Through the PCT, an applicant may file an international patent application in order to benefit from protection in some or all of the PCT member-states. The applicant may enter national phase in a designated member-country within 30 months from the international filing date or the priority date of the application. In the Philippines, national phase entry may be done until the 31st month, upon payment of late entry surcharges.

Patent Prosecution Highway collaborations. Through Patent Prosecution Highway (PPH) collaborations, applicants with corresponding patent applications may benefit from preferential or out-of-turn examination upon request and submission of required documents. Improved prosecution is expected from the PPH collaborations entered into by the Philippine Intellectual Property Office (IPOPhl), among which is the pilot programme between the IPOPhl and the European Patent Office (EPO), which took effect on 1 July 2017. The pilot programme will be implemented initially for three years until 30 June 2020, with provisions for subsequent renewal upon evaluation.

The Philippines has a PPH programme with the US Patent and Trademark Office (USPTO), which commenced on 29 January 2013 and was to run for one year. In 2014, the IPOPhl and USPTO agreed to extend the programme indefinitely.

IPOPhl also has similar PPH programmes in collaboration with the Japan Patent Office (JPO) which started on 12 March 2012. The pilot programme with JPO ended on 12 March 2015, but extension for another three years was agreed upon by IPOPhl and JPO.

International Search Authority accreditation. The IPOPhl is boosting its capacity for performing patent searches in line with its bid for accreditation as an International Search Authority (ISA) and International Preliminary Examination Authority (IPEA). It has recently obtained unanimous international endorsement to become an ISA. So far, there are only 22 accredited ISAs worldwide, with only Singapore as an ISA in Asia. Among its capacity building for this endeavour, the IPOPhl now has more than 100 patent examiners trained in search and examination, full access to the required documentation including public and privately owned search databases, skilled examiners with the ability to search in various technical fields in English, and a quality management system employing strict review procedures.

Patent enforcement procedures. A patentee or holder of a right to a patented invention, whose rights have been infringed, may bring a civil action to recover from the infringer damages sustained, attorney’s fees and expenses of litigation, as well as secure an injunction against the acts of the infringer. The court may also order the infringing goods, materials and implements that have been predominantly used in the infringement to be disposed of or destroyed, without compensation.

To achieve a more efficient resolution of administrative complaints on IP cases, the IPOPhl has recently issued Memorandum Circular No. 17-012 (Expedited Trial Procedure), which provides for expedited trial of IP violation cases. The parties are given two years to complete their presentation of evidence, with the complainant and respondent given eight months each for presentation and formal offer of evidence, and two months each for rebuttal and sur-rebuttal evidence, without extension.

Depositions of persons residing abroad must be manifested during pre-trial. Answers to written interrogatories must be submitted within six months from issuance of letters of commission. Further, judicial affidavits may be used, instead of direct testimony. All cases that were filed prior to the Expedited Trial Rule but have not yet undergone pre-trial should conform to the Expedited Trial Rule. For cases already in the stage of presentation of evidence, the hearing officer is tasked to expedite the trial within two years after the effectivity of the Expedited Trial Rule, which took effect on 1 August 2017.

The National Intellectual Property Strategy project. Recently, the IPOPhl announced the launch of its National Intellectual Property Strategy (NIPS) programme, a whole-of-government approach to IP that aims toward development of IP as a tool for economic development. The NIPS will involve IP rights stakeholders in various sectors to help plan a systematic direction for government IP programmes. It is expected that, along with the development of IP rights in general, patent prosecution laws and procedures will show great strides towards improvement as a result of the NIPS undertaking. 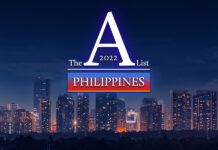 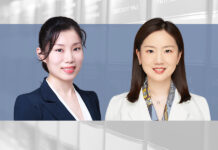 Global M&A activity has climbed sharply since last year, creating opportunities in emerging markets like India and the Philippines, which have relaxed and liberalised their investment policies
The rapid development of crypto-asset trading and transactions in the country has enticed the government to impose a tax on the commodity
The scandal that rocked the top branch of India's NSE