Much has transpired since the authors’ last piece on the ubiquity and viability of crypto-based transactions in India (Asia Business Law Journal, November-December 2021 issue: Cryptocurrencies in India: fad or future?). The conversation around cryptocurrencies in India has now been rebooted. The Finance Bill, 2022 (as tabled during the Union Budget discussion of 2022-2023) marked a watershed moment in India’s journey towards regulating cryptocurrencies and fostering digital innovation and growth in the country.

The presentation made it seem like India was at the cusp of something significant, while several other countries continue to wrestle with the consequences of assuming any liabilities around the adoption of cryptocurrencies if and when subsumed into the mainstream.

Pending the tabling of the Cryptocurrency and Regulation of Official Digital Currency Bill (Cryptocurrency Bill), 2021, in an attempt to placate the chaos around the validity, legality and liability associated with cryptocurrencies, the announcement to at least tax “virtual digital assets” was made.

The fiscal statute is set to add a new term “virtual digital assets”, which is proposed to be defined as: “(1) any information, code, number or token (not being Indian currency or foreign currency) generated through cryptographic means or otherwise, by whatever name called, providing a digital representation of value exchanged with or without consideration, with the promise or representation of having inherent value, or functions as a store of value or a unit of account including its use in any financial transaction or investment, but not limited to an investment scheme, and can be transferred, stored or traded electronically; (2) non-fungible tokens (NFTs) or any other token of similar nature, by whatever name called; and (3) any other digital asset, as the central government may, by notification in the official gazette specify.” Additionally, India’s central government retains the right to exclude any digital asset from this definition.

The Finance Bill, while entailing the definition for virtual digital assets, also has provisions for NFTs in view of the large volumes of investments placed by individuals and companies. In an astute move, the aim of realignment of the fiscal statute seems to reinforce the central government’s authority on the incomes of persons (both natural and juristic), and to lend some visibility over any transactions occurring outside the country. An attempt was made earlier in March 2021 to require companies to disclose or report if they have traded in cryptocurrencies or virtual currencies during the financial year.

Though there has been an indication of bringing in a modicum of regularity into how the world reconstitutes around transactions involving cryptocurrencies, the budget discussion did not clarify the legality. While it also did state that the Central Bank Digital Currency (CBDC) will be rolled out within a defined timeline, there has been no discussion on the transactions involving private cryptocurrencies. Going back to the note that has been provided for the scope of the Cryptocurrency Bill, there persists the assumption that all private currencies may be prohibited in India, while allowing for the exceptions around use and promotion of the underlying cryptocurrency technology.

The Finance Bill also introduces section 155BBH to the Income Tax Act, 1961, and imposes a tax rate of 30% on income or profits generated from the transfer of virtual digital assets. It has been clarified by the Finance Minister presenting the budget that any expenses, barring the amount spent on buying the crypto-asset, cannot be set off or deducted from the profits. Additionally, any losses stemming from this trade shall not be permissible to be carried forward to subsequent financial years.

The bill also proposed the introduction of a 1% tax deducted at source (TDS), on any transfer of a crypto-asset, provided that any conditions related to the aggregate sales with respect to meeting the threshold are met. The language of the amendment clearly states that this shall extend to the trade of one cryptocurrency for another and is not only based on the involvement of a cash consideration in the trade per se. For instance, where Ether is purchased with Bitcoin, such a transaction will also be liable for the TDS. This provision applies to whether the consideration is paid for wholly or partly in kind, in exchange for a virtual digital asset.

The current position of the fiscal statute is reminiscent of a scenario where the virtual digital asset is rendered the status of an asset that is being bought or sold with cash or kind being treated as a consideration. Additionally, gifting of these assets will also be subject to tax incidence, depending on certain predefined exceptions.

With the government considering the implications of regularising cryptocurrencies, which mostly do not have an underlying value, there is still a lot of speculation about the investments that people have in this ecosystem. There are two ways to look at it; people doing away with their earnings before the tax trigger dates, or people finding some hope and comfort in knowing which tax bracket they will fall into, should there be a trigger. Either way, a lot also depends on the risk appetite of the individuals trading in cryptocurrency for reasons best known to them.

Moving slightly away from the discussion around whether it is only the volatility of the cryptocurrencies themselves, it is important to note as a developing company, there could be certain additional considerations attributable to the environmental, social and corporate governance (ESG) reasons.

To verify transactions on a blockchain, a proof-of-stake network distributes responsibility between all the cryptocurrency holders, while proof-of-work depends on a lot of computing power from a network of cryptocurrency miners to confirm transactions. With the Ethereum Foundation stating that proof-of-stake is up to 99% more energy-efficient than proof-of-work validation, in theory, this model is ESG-friendly and may just rise in its takers.

With regulators focusing on investor protection and education, there are several implications that facilitate transactions involving cryptocurrencies. It is important to note that, unlike fiat currency, cryptocurrencies have more use than just being a mode of payment. This is something that even the central government recognises, as blockchain technology brings in more utility than fiat money.

As we see more and more entities entering this space, with companies turning their IP into NFTs, willing to trade and invest in cryptocurrencies, and individuals jumping into this latest fad bandwagon, the governance of all the stakeholders is bound to take centre stage. With a clear focus being placed on how to scope out this entire ecosystem in the realm of taxation, it is only a natural corollary that considerations are being made for the Cryptocurrency Bill to accentuate the entire process.

To instil consumer and investor confidence, it will not be unimaginable to allow the Securities Exchange Board of India (SEBI) to follow the footsteps of its counterpart in the US, the Securities Exchange Commission (SEC), which in the recent past has been delaying any decisions concerning several proposed spot exchanges and has also been aggressive in “reminding investors to watch out for investment schemes involving digital assets and cryptocurrencies. With the digital divide and lack of diversity, a social welfare economy like India would require any hand-holding from the sectoral regulators and central banking institutions.

At this juncture, the nature of any treatment of cryptocurrencies is akin to that received by gambling; and neither is considered legal only because these activities are taxed. Similar to several other developed countries, however, where debates continue to juggle between assuming cryptocurrencies as assets or securities, India has chosen to tax this asset and there is still ambiguity on whether or not such assets would be considered legal tender. All these issues need to be addressed and elaborated, and considerations on whether having a CBDC is better than having a plethora of private virtual digital assets is better. We should not miss the bigger picture while focusing on the brushstrokes. 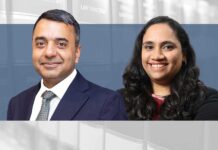 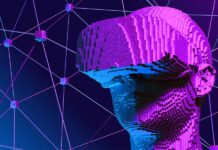 How do legal professionals deal with novel issues in the metaverse?