According to the measures, administrative approvals for acquisitions/restructurings of A-share listed companies not involving backdoor listings or the offering of shares to purchase assets will be abolished. The measures also stipulate that “lawfully established investment institutions, such as buyout funds, equity investment funds, venture capital funds, industry investment funds, etc., are encouraged to participate in the acquisitions and restructurings of listed companies”.

This has greatly reduced the burden of acquisition/restructuring approvals and is conducive to further promoting restructurings of listed companies by way of buyout funds. According to statistics compiled by ChinaVenture, as of December 2014, more than 80 listed companies were involved in the establishment of buyout funds, totalling in excess of RMB 70 billion (USD$11.3 billion).

In the amendments to the measures, they also increased the payment instruments available for acquisitions/restructurings. The threshold limitations on offerings of shares to unconnected third parties for asset purchases and the requirements of mandatory provisions for profit forecast compensation were abolished. They strengthened during-the-fact and after-the-fact oversight and procured the due performance of their duties by intermediary firms. Finally, they laid out complementary arrangements for the protection of investors’ rights and interests.

The chief participation model for a listed company buyout fund is via private equity (PE), although in certain cases securities brokerages or banks have also been used. A listed company and PE collaborating to establish a buyout fund to carry out project investment is a win-win situation for both parties. In a buyout fund, the listed company changes from a limited partner simply making capital contributions into a quasi general partner with the right to speak in investment decision-making. The listed company can accordingly call upon the PE professional investment team and financing channels to leverage relatively large acquisition resources with relatively little capital, which it can then invest in upstream/downstream enterprises in its own industry or production chain.

It can operate the subject of the acquisition for a certain period of time under the control of the buyout fund and guard against negative impact on its short-term performance due to post-acquisition uncertainties. As for PE, the A-share bottleneck has made divestment by the IPO model much more difficult. If a listed company participates in the establishment of projects in which the buyout fund invests, they will generally be bought back preferentially by the listed company, giving the PE firm a shot in the arm.

This runs counter to the original reason for establishing a PE buyout fund, defeating the listed company’s intention of buffering its investment. 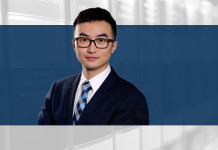 Determination of confidential info in material asset restructurings of listcos 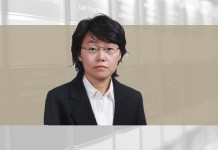 Anti-monopoly requirements for M&A, reorganizations of listcos (I)