Article 20.3 of the Company Law provides that: “If a company’s shareholder abuses the independent status of the company and the limited liability of shareholders to evade debts, and seriously harms the interests of the company’s creditors, it shall bear joint and several liability for the debts of the company.” This article establishes the system of disregarding the independent personality of shareholders of a company, but there is no legal provision or judicial interpretation to determine specific abusive behaviour. In practice, common situations include personality confusion, excessive domination and control, and significant capital shortage. This article explains the standard of significant capital shortage.

The Minutes of the National Working Conference on the Trial of Civil and Commercial Cases by Courts defines significant capital shortage as “the amount of capital actually invested by shareholders in the company not matching the risks implied in the company’s operation after the company is established”.

Investigate the scale of capital required in the company’s operation to cope with risks. Considering laws and regulations of the industry, policy environment, business scale, labour force scale, enterprise development stage and other factors, if the equity capital is significantly lower than the nature of the industry and business scale, it may be considered as “significant capital shortage”. However, based on this alone, it is difficult to determine significant capital shortage.

Considering that the business purpose of special industries is to engage in high-risk business activities such as futures investment, it requires a certain amount of capital to cope with the risks in the capital market. In Wang Ye v Anhui Tenglong Chuangfu Financial Information Service Co., Ltd., Ji Shaolong et al., a dispute over a contract for entrusted financial management, the court holds that: “The futures market is changeable, profits and losses are unpredictable, and high risks and high returns coexist. The company is engaged in the futures agency business, using professional knowledge to operate the futures capital account for the plaintiff. It is a high-risk business activity. According to the nature of the industry in which the company is engaged and the degree of risk the industry is prone to incur, the company should have a certain amount of reasonable capital to cope with the risk and loss in the capital market.”

The essence of disregarding corporate personality is to decide whether the shareholders are malicious. The essence of recognizing that corporate capital is significantly insufficient and thus disregarding corporate personality is to consider whether shareholders’ actions maliciously use limited liability, violate the principle of good faith, abuse power, and damage the interests of creditors.

Meanwhile, the standard of deciding significant capital shortage is relatively vague, especially when compared with the normal operation mode of “capital leverage”, and it is particularly important to decide whether shareholders are malicious. If the amount subscribed by the company’s shareholders is large, but the subscription period is very long, and the paid-in amount is zero, then without considering the accelerated maturity of subscribed capital contributions, the shareholders will make profits if the company makes profits, but will not suffer losses if the company loses money.

In addition, it is difficult to identify shareholder malice if the transaction counterparty voluntarily conducts the transaction. As a commercial entity, the counterparty has the ability to decide the risk of transaction. Even if there is a mismatch between the company’s capital and the funds needed for operations, it may be for the reduction of the investment cost. A company’s voluntary creditors should certainly bear the transaction risk if they are to trade with the company. This kind of risk is the connotation of the limited liability system, rather than caused by the abuse of shareholders.

Chen Huan is a partner at Dentons 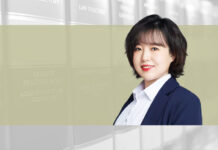 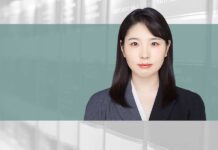 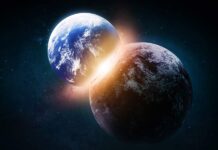