As the Belt and Road initiative advances, China is gradually establishing a “community of shared dispute-resolution mechanism” consistent with its Commitment to connecting the world in such a field, writes Frankie Wang

This year is the fifth anniversary of the Belt and Road initiative’s (BRI) implementation, but it is still too early to say that it has taken shape. At a press conference the State Council Information Office held in late August, Zhang Jun, the assistant to the Foreign Minister, responding to a reporter’s question said implementing a high-quality BRI was more than ensuring the class of specific projects. It also reflects the need to advocate compliance with laws of various countries, as well as recognized international standards and market rules.

It is true that, with the BRI’s continuous advancement, China’s determination to open its markets further and actively bring itself up to international norms also extends notably to the field of dispute resolution. In the past year, China has taken exciting new steps from mediation to arbitration or litigation, though various participants are still exploring possible future approaches to dispute resolution.

BRI is large in scale, with a variety of projects and transactions. May Tai, Hong Kong-based managing partner of Herbert Smith Freehills’ Greater China offices, says it is difficult to give a “one-size-fits-all” definition to relevant disputes. “It is still early days in the life of the initiative; arguably too early to identify a discernible increase in disputes,” she says. “However, we share the market’s expectation that Belt and Road will lead to a spike in commercial disputes. We may also see more claims against the states that host Belt and Road projects.”

As for their nature, cross-border financial disputes have always been the focus. Shaun Wu, partner and chief representative of Shanghai office at Kobre & Kim, says he has seen many financing and shareholder disputes arising out of related infrastructure projects. “Such matters typically involve parallel proceedings with HKIAC [Hong Kong International Arbitration Centre] arbitration in Hong Kong, special-purpose vehicles in the BVI, parent holding companies registered in the Cayman Islands, and financing arrangements governed by the US law,” he says. “Chinese clients often need an integrated advocacy team to advise on litigation across the US, Hong Kong and offshore jurisdictions like the Cayman Islands and the BVI.”

Besides, this year, China has started to strengthen its global anti-corruption cooperation along the BRI to build a “clean Belt and Road”. Wu has noticed that regulatory and compliance investigations, in support of the BRI, have started to increase. “Many Chinese clients are also increasingly aware of international legal norms and regulatory standards,” he says. 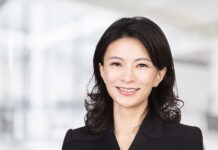