In 2018, the author encountered a problem that is common in litigation when dealing with a complicated administrative litigation dispute, i.e. the plaintiff (the owner) did not recognize that the defendant (expropriation department) had served it with relevant documents.

Besides the government administrative departments, the subject of the service may involve public institutions and even enterprises (such as the expropriation company), and the documents to be served are far more than the litigation documents from the court in administrative litigations.

Second, administration according to laws is one of the basic principles of administrative law. Specific legal provisions will be more of a directive to government departments in practice in law. However, it is undeniable that due to the complexity of the administrative organs, unified legislation on service of process in administrative procedures will inevitably encounter obstacles and difficulties.

Second, consider legislation in terms of law and judicial interpretation to add specific provisions of service of process by revising current administrative laws and regulations, and then to further enrich and improve the content of service of process through the revision of relevant administrative judicial interpretation by the Supreme People’s Court.

Service of process in administrative procedures in practice. Let’s refer back to the case mentioned at the beginning of the article, that is, the owner did not recognize that the expropriation department had served it (in fact, the owner to be served refused to receive the documents).

The expropriation department served the owner according to article 86 of the Civil Procedure Law. The difference is that the judicial interpretation requires the presence of staff from the residents’ committee or the village committee as the witness, while in this case, the expropriation department invited the staff from the street office as the witness, and served the owner.

Finally, the court supported the expropriation department on this issue. However, the service process in this case is not universal. As long as the legislation service of process in administrative procedures is still under discussion, in order to reduce the risk of losing a lawsuit, the author recommends applying the provisions of the civil law and regulations regarding the service of process.

Peter Li is a partner at Boss & Young in Shanghai 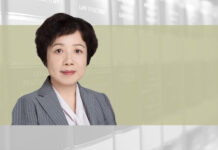 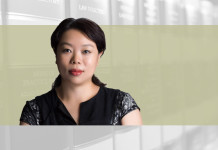 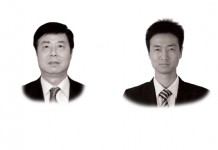