As Russia’s invasion of Ukraine continues, the international legal community has condemned Vladimir Putin’s regime not just with words, but by boycotting Russian business and transactions. George W Russell explores the ramifications

On 3 March, Allen & Overy said it would review its Russia portfolio. “As a result, we will refuse new instructions and stop all Russia-linked work that goes against our values,” the firm wrote in a LinkedIn post. “We support and encourage the international community in bringing pressure to bear to end this brutal conflict.”

The firm followed in the footsteps of Linklaters, which said it would “wind down” its operations in Russia and close the Moscow office. “We will not act for individuals or entities that are controlled by, or under the influence of, the Russian state, or connected with the current Russian regime, wherever they are in the world,” the firm said in a statement.

Mannheimer Swartling has ceased its work with Russian clients and relocated all its Swedish lawyers based in Moscow ahead of plans to exit the market altogether. According to the Swedish firm, Russian operations are “suspended”, and it has stopped accepting any work on behalf of Russian clients in any of its offices.

White & Case and Sidley Austin have also dropped Russian clients. Other firms said they were taking a look at their Russia-related work. “Baker McKenzie is reviewing and adjusting our Russia-related operations and client work to align with all applicable sanctions and comply with these fast-evolving laws,” says a spokeswoman for the firm in Hong Kong.

The exits from Russia come after many firms were forced to close their Ukraine offices as Russian forces attacked. Baker McKenzie says it will shut its Kyiv office until the situation stabilises. “We are closely monitoring developments at all times and are doing everything possible to support our people during these challenging circumstances,” says the spokeswoman.

CMS says it has not only closed its Kyiv office, but has helped some of its employees move from Ukraine to EU countries. “Although our communication lines remain open, we have made the decision to close our Kyiv office until further notice,” says a spokesman. For UK law firm Kennedys, the invasion accelerated its departure. Global senior partner Nick Thomas in London says the firm has been winding down its Moscow office.

The actions followed a strong reaction from the global legal community. “This act by Putin is a watershed moment that indisputably violates international law,” said International Bar Association (IBA) president Sternford Moyo. “The IBA, founded to protect and promote the rule of law, strongly condemns Russia’s invasion of Ukraine.”

Some firms were digging in. Dentons says its Kyiv office is fully operational but the firm is reviewing its future if the danger increases. Other firms with significant offices in Kyiv are also making contingency plans.

Meanwhile Eversheds Sutherland and Gowling WLG were announcing closure of their offices in Russia, along with Latham & Watkins, Freshfields Bruckhaus Deringer and Squire Patton Boggs in a flurry of international firm departures as the conflict intensified.

For Ukrainian law firms, fleeing is not an option in many cases. The Ukrainian Bar Association (UBA) says Russia’s invasion violates a number of international treaties. “The legal community in Ukraine is united around the idea that in the 21st century the rule of law should prevail over ‘the law of the jungle’, and military force should not be the only thing preventing one country from wolfing down another,” a UBA statement says.

Individual law firms are defiant. Arzinger, a top Kyiv legal outfit, says it will not offer “co-operation, partnership, and providing any services to Russian companies”, adding: “We also urge all Ukrainian and foreign corporations, our international partners and clients not to support the business of the aggressor country.” 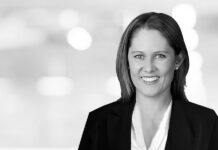