The Supreme Court of the UK recently concluded the Versloot Dredging case, rendering a victory to the insured by a vote of four to one. This ruling has dealt a significant blow to the fraudulent devices rule, such that, in future, an insurer could still be required to pay indemnities even if the insured has committed fraud. In the case, the vessel in question gave rise to a claim of more than €3 million (US$3.3 million) due to engine damage suffered as a result of flooding of the engine room. In the course of the claim, the insured gave an erroneous account of the details at the time of the occurrence of the incident. Subsequently, having ascertained that the insured lied, the insurer refused to pay indemnities, following which the insured instituted a legal action.

Opinions of the courts. On the basis of the finding that the loss was caused by covered risks, both the court at first instance and the court of appeal rendered rulings supporting the insurer. The courts held that in insurance fraud there is one type, called fraudulent devices, which means that the insured genuinely suffered a loss but, during the claim procedure, he exaggerated the facts or provided grossly false statements.

Notwithstanding the fact that the claim itself is lawful, it is in essence still fraudulent and likewise breaches the requirement of continuing utmost good faith. The intent of the fraudulent devices rule is to prevent fraud by the insured. The background to this rule is consideration of the overall interests of the marine insurance industry, and the court does not have more ample grounds from which to deviate.

Mervyn Chen is a senior partner at Wintell & Co 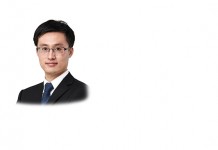 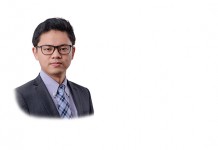