One of the primary objectives of the Comprehensive Economic Partnership Agreement (CEPA) reached between India and Japan in February 2011, was to liberalise and facilitate the trade in goods and services between the two countries. While India’s exports to Japan have shown no significant increase as the result of the CEPA, Japan’s exports to India went up by more than 50% compared to the pre-covid period, leading to a significant trade deficit for India. The main exports from Japan have been machinery, nuclear reactors, boilers, electric and electronic equipment, copper, plastics, and chemicals.

With a view to regulate increasing exports from Japan, and having received an application from members of the domestic industry, the Directorate General of Trade Remedies, Ministry of Commerce, Government of India, in September 2020, initiated its first investigation under article 23 of the CEPA. This concerned imports of PVC suspension resin from Japan. Under article 23 of the CEPA, India may apply a bilateral safeguard measure to prevent or remedy serious injury to a domestic industry. India can not only suspend the further reduction of the rate of customs duty on PVC suspension resin, but may also withdraw in full or in part the duty concession agreed under the CEPA. In order to impose a safeguard duty, India has to conduct an investigation, collect evidence and make a determination after giving an opportunity to Japanese companies to demonstrate that the increased imports from Japan have not caused, or are not threatening to cause serious injury to local industry. Injury is defined by reference to parameters such as a decline in sales, or a fall in sales relative to consumption in India, or even changes in the levels of sales, production, profits, and employment.

With the challenges created by the pandemic, there has been a shift towards imposing greater protectionism, locally and around the world. India has recently issued a list of over 150 customs duty exemption notifications that the government is reviewing. If these duty exemptions were to be withdrawn after the conclusion of the review, the effective customs duty on import of many items would increase. The focus of the government is on the encouragement of import substitution and on giving a boost to the manufacturing sector. This is being done through schemes such as the Atmanirbhar Bharat Abhiyaan or Self Reliant India Campaign, and the Production Linked Incentive Scheme, which provides direct financial incentives and cash back mechanisms to eligible manufacturers in sectors including drug and pharmaceutical intermediates, steel, telecoms, electronic components, white goods, textile products and solar modules.

In the present economic and political climate, where any possible surge in imports is being discouraged by government departments and official bodies, the possibility of more investigations being initiated under the CEPA cannot be ruled out. Japanese companies may therefore have to take preventive steps in the immediate term to protect themselves from such actions. They may well have to do this by regulating the quantities, numbers and prices of goods that they export to India. Japanese companies may well also have to consider the alternative of investing in manufacturing in India, in the light of recent initiatives taken by the government, which will confer significant advantages over importing into India.

Reena Asthana Khair is a senior partner at Kochhar & Co 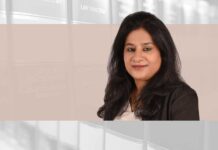 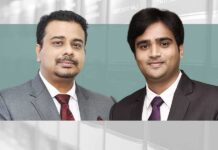 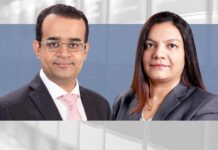