The evolution of the derivatives market in India has not been smooth. With the benefit of hindsight, let us examine regulatory decisions and what can still be done differently.

Giving legal certainty to over-the-counter (OTC) derivatives, through the Reserve Bank of India (RBI) Amendment Act, 2006, has proved invaluable. As apprehended, counterparties (even those that did not initiate litigation) began alleging that OTC derivatives were void as wagers.

The RBI has imposed a few conditions, which on the surface appear unusual. It does not allow counterparties entering into option transactions to be net recipients of premium. The intention clearly is to ensure that counterparties do not enter into derivatives as a treasury operation, but rather for the hedging or transformation of risk only. Yet, at the same time, the RBI has allowed the market to use sophisticated structured products.

To the RBI’s credit, the use of cost reduction structures was not prevented, which in a normal situation would act as a cost effective risk management tool. However, when “black swans” turn up, such structures can result in heavy losses. With regards to the stipulation that swap transactions cannot result in the upfront payment of rupees or its equivalent in any form – this is the fallout of a corporate synthetically prepaying an external commercial borrowing when prepayments require prior RBI approval.

Certain RBI requirements do, however, cause major problems for banks. Category I authorized dealers (ADs) are expected to ensure that “the corporate has drawn up a risk management policy and institutionalized arrangements for a periodic review of operations and an annual audit of transactions …” At times, banks have had to field bizarre arguments in court, with counterparties claiming that certain transactions were void because that counterparty had not adopted such a policy. In terms of the RBI’s “suitability and appropriateness” requirements (to move local markets towards international best practices), again, counterparties have argued that had such tests been properly conducted, the counterparties would not have lost any money.

The AD is not obliged to procure and review the risk management policy (the policy is and must be treated as an internal document). ADs may, however, procure the board resolution adopting such a policy. Similarly, banks must internally address suitability and appropriateness, and afterwards, formally notify the party that the inspection has been conducted.

The RBI recently introduced regulations to restrict counterparties from hedging their exposures under foreign currency borrowings with the offshore branches of foreign bank ADs. It is likely that some foreign banks in India indicated they were unaware of the extent and nature of deals written with their overseas branches. This is possibly what prompted the RBI to disallow the offshore operations of foreign bank ADs. This effectively increased single/group borrower exposures and the capital requirements of foreign banks in India (assuming that transactions would now be hedged with the onshore branch of the same foreign bank AD). Instead of pursuing this approach, the RBI could have insisted that the Indian branches of such foreign banks had to be answerable for compliance related issues.

The RBI has also restricted the offshore branches and subsidiaries of Indian banks from entering into transactions that are not “plain vanilla” (unless permitted in India). All other transactions now require prior RBI approval. While this may be laudable, the move drastically affects the ability of Indian banks to compete with their global counterparts.

Banks incorporated in India (and their subsidiaries) are also severely disadvantaged because they cannot deal in commodities. Thus, while foreign banks may enter into commodity derivative transactions through their offshore operations, Indian incorporated banks cannot; not even from their branches offshore. Interestingly, all that is needed to bring Indian banks onto a level playing field in this context is a notification by the central government under section 6(1)(o) of the Banking Regulation Act, 1949.

It is critical that the RBI opens up the credit derivatives market, if the Indian banking industry is to develop and if credit intermediation costs are to be brought down. The RBI should, however, push the market into using a more uniform and standardized approach to lending. A vibrant credit default swaps market without standardized loan documentation will not work as most Indian banks, despite being members of a consortium, want their borrowers to sign a separate loan document.

Banking exposures for derivatives are largely unsecured, however, encouragement and incentives from the regulator may take the market forward significantly. Collateral is being taken by an outright transfer under standard International Swaps and Derivatives Association documentation, or under more traditional methods including pledges, charges and hypothecation.

The netting of exposures and collateral with regards to derivative transactions has not been approved. It is hoped that the RBI will soon make the necessary changes to allow otherwise justified capital relief on net and/or secured exposures.

H Jayesh is the founder partner and Hoshedar Wadia is a partner at Juris Corp. The firm is a full-service law firm based in Mumbai and specializes in financial transactions including capital markets and securities, banking, corporate restructuring and derivatives. 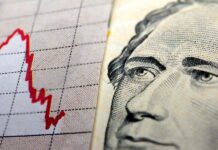 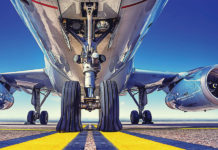 Why did Jet Airways' creditors stall on initiating bankruptcy proceedings? 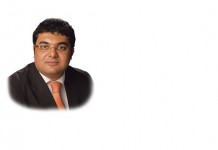