‘Come not between the dragon and his wrath’

These words of Shakespeare’s King Lear have resonated across the ages and surely must be heeded in this age of Twitter, Instagram, and Glassdoor. A disgruntled and angry employee is no different from a dragon spewing fire and the cost on account of the ensuing firestorm can be enormous. Companies would be wise not to ignore the dragons within their ranks. 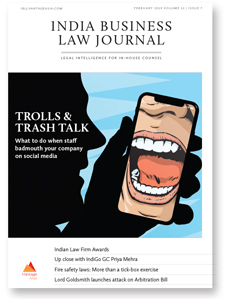 Keeping track of and managing disgruntled employees has long been a challenge. Yet, it is one that can no longer be ignored. For with the strengthening and solidifying of the improbable relationship between a person’s inner thoughts, emotions and their smartphones apps, the task has taken on a new urgency. Are companies, and their human resources departments, up to this task?

This month’s Cover story takes an in-depth look at the legal aspects of handling the inevitable disgruntled employee. As we detail, the law stands on the side of disgruntled employees if they do not harbour ill-intentions and companies need to ensure an adequate grievance mechanism is in place. While listing steps to be taken after a complaint is received from an employee, we also look at the duties and obligations of intermediaries, which include social media providers. Brand reputation is essential and companies must handle such potential reputational risks in a proactive manner.

In Burning issue we turn the spotlight on fire safety guidelines. A spate of large fires in recent months points to a general failure to adhere to fire safety norms, as well as enforcement by officials. The system has always let precautions take a back seat, and only swings into action when there is an incident and at the cost of innocent lives. Guidelines for fire safety exist but are overlooked. There are gaps between what is prescribed and what is implemented. But it can be costly both from a compliance perspective and for the business as a whole. Ignoring fire safety measures can lead to prison time for management, financial losses as well as damage the company’s reputation.

In Vantage point Peter Goldsmith QC makes a spirited case against changes to India’s arbitration law as proposed in The Arbitration and Conciliation (Amendment) Bill, 2018, that parliament is considering. Zeroing in on proposed provisions for a new body, the Arbitration Council of India, to regulate arbitration and proposals for the required qualifications of arbitrators, Goldsmith argues the bill will set back the cause of Indian arbitration by many years, perhaps a generation. He predicts it will not be “a case of one step forward and two steps back but one step forward and 10 steps back”.

This month’s What’s the deal is an interview with Priya Mehra, the general counsel of IndiGo Airlines. In it, we learn about her interesting journey as a first-generation lawyer in private practice, in India and in Singapore, where she helped build an India practice, and then went on to become the head of the legal team at IndiGo. Mehra also talks about her mentors and motivations. But what does she think now that she is a buyer of legal services? Is she more critical because she’s been on the inside at law firms? “Of course, we do work with [external] counsel, especially on litigation. Our legal team tries to keep totally abreast about the subject on which we’re receiving advice and we only ever seek advice after doing our homework. We try to stay one step ahead of a law firm because this forces them to lift their game.”

This month’s Intelligence report reveals the winners of India Business Law Journal’s 2019 Indian Law Firm Awards. The challenges and opportunities of the past 12 months have once again driven home the need for skilful lawyering and astute legal advice. Across the country, lawyers have tried to get in on the work generated by India’s new insolvency and bankruptcy regime, which has seen creditors acting against errant companies, and sent M&A deal values to an all-time high. Add to this legal work triggered by the legal and regulatory environment and headline-grabbing disputes. Yet the downward pressure on fees and brutal competition between law firms in India continues.

To find out which law firms finished the year on top, our editorial team sought the opinions of in-house counsel and other observers of India’s legal profession, both in India and around the world. The results are in and Shardul Amarchand Mangaldas & Co wins the top award.

This is a remarkable feat for the firm, which emerged in May 2015 from the embers of Amarchand Mangaldas with plans to grow and excel, but with considerable challenges ahead. Yet this is no surprise given the credentials of its founders, managing partner Pallavi Shroff and executive chairman Shardul Shroff, both top lawyers who clearly know a thing or two about attracting and nurturing talent. 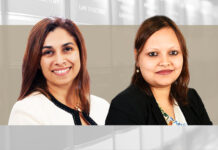 Survey reveals different perspectives on health of legal market
In-house legal teams have guided companies to understand CSR regulations during the pandemic
Do lawyers have a duty to help avert a climate catastrophe?